Massive floods and landslides triggered by incessant and torrential rains have killed 131 people, and 32 have gone missing since 11th August 2017 so far, according to the Ministry of Home Affairs of the Government of Nepal. Approximately 6 million people have been affected by the catastrophe. As per the initial findings till 18th August 2017, the number of displaced households is over 44,700 and over 301,500 households are affected[1].

As part of the revision of the ACT Alliance Humanitarian Response Mechanism, the “Preliminary Appeal” is replaced by the “Concept Note”, a shorter more concise document which summarizes the proposed ACT response and emphasizes collaboration amongst the ACT members. For further information on the Revised Humanitarian Response Mechanism, please refer to its online toolkit: https://actlearn.org/course/view.php?id=236 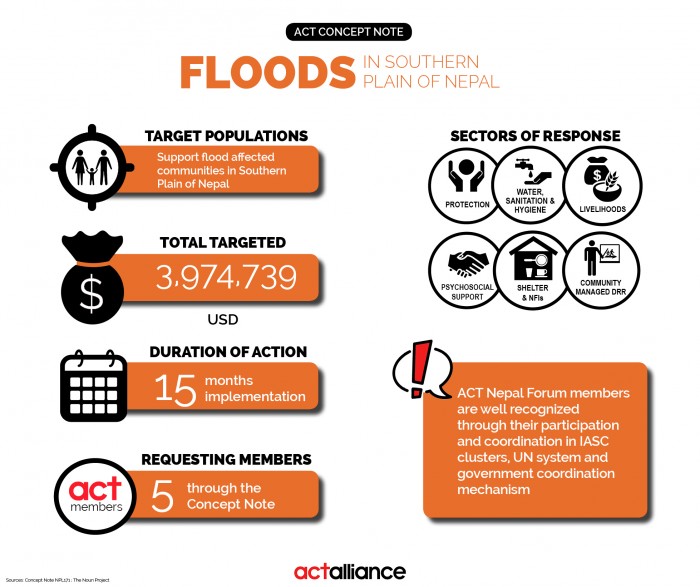