Since the beginning of 2015 a mass influx of asylum seekers could be noticed in Hungary. According to latest data the number of asylum seekers has constantly risen from a few thousand in 2014 to around 83,000 until July 2015. Migrants are arriving from countries of armed conflict, deep poverty, or social unrest, like Northern and Middle Africa, Syria, Afghanistan, and Iraq. Almost all of them are coming through the Balkan (Greece, Macedonia, Serbia), approximately 1,500 persons/day cross the border, authorities are scaling up their capacities, but needs are continuously growing.

A total of 200.000 migrants are expected
to arrive to Hungary by the end of this year.

So far Hungarian Interchurch Aid (HIA) have made preliminary surveys, have started to coordinate its activities and plans with the relevant authorities and is participating in the Coordination Mechanism for the largest NGOs. Collaboration with the Lutheran Church in Hungary and congregations is given priority during the work. The Lutheran Church was the first to support HIA’s actions provide assistance to children and their mothers in the form of children’s clothes, diapers, baby food and hygienic items. HIA have started to provide psychosocial services for children in two temporary reception centres: Bicske and Vámosszabadi. The target group of the project is children between 3-14 years.

HIA is planning to raise funds to be able
to go on with supporting migrants in Hungary. 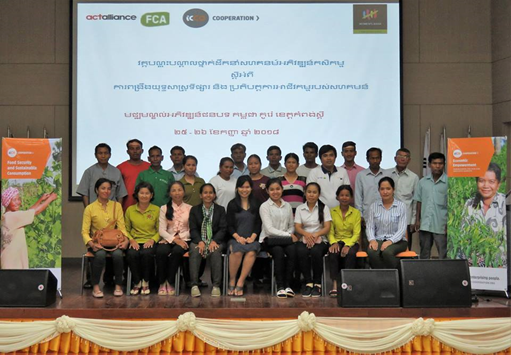