OpEd: Adaptation is critical for giving peace a chance 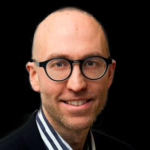 Climate change is a driver with the potential to lead to conflicts and even war. This is a reality that several countries are already experiencing and could become more common unless drastic action is taken. However, a new report Winning the Peace: Peacebuilding and Climate Change in Mali and Somalia by ACT Alliance, DanChurchAid, and Norwegian Church Aid offers hope.

The report explores cases from Mali and Somalia, two countries where communities are experiencing both the effects of climate change and the threat of violent conflicts. It concludes that climate adaptation initiatives can make a difference in already fragile countries and has the potential to contribute to peacebuilding- if designed and led by communities themselves.

More than one thousand interviews were conducted with internally displaced people and various local communities in the two countries. While the experiences of the communities differed, there was a strong, unified call for concrete initiatives that promote resilience and help communities to adapt to droughts, floods, and heatwaves associated with climate change.

Despite the strong call for more adaptation initiatives, interviewees noted that initiatives implemented without considerations of the local context could, in fact, contribute to conflict. For example, if a water pump that only provides water to a portion of the community is installed, conflicts may arise. It is therefore, crucial that adaptation initiatives are conflict-sensitive, and are designed according to the realities of the local context.

For example, as youth in war-torn countries are often recruited into arms groups, if they are presented with alternative options that are made possible through investments in adaptation initiatives, then young people are more likely to stay in their communities.

Many factors contribute to war and climate change is assumed to be one of the drivers of conflict. Without proper adaptation measures in place, conflicts may be further fueled by frustration, disappointment, and anger experienced by people facing severe climate impacts. There is an urgent need to support adaptation in conflict-prone communities to help people on the ground and to give peace a chance.