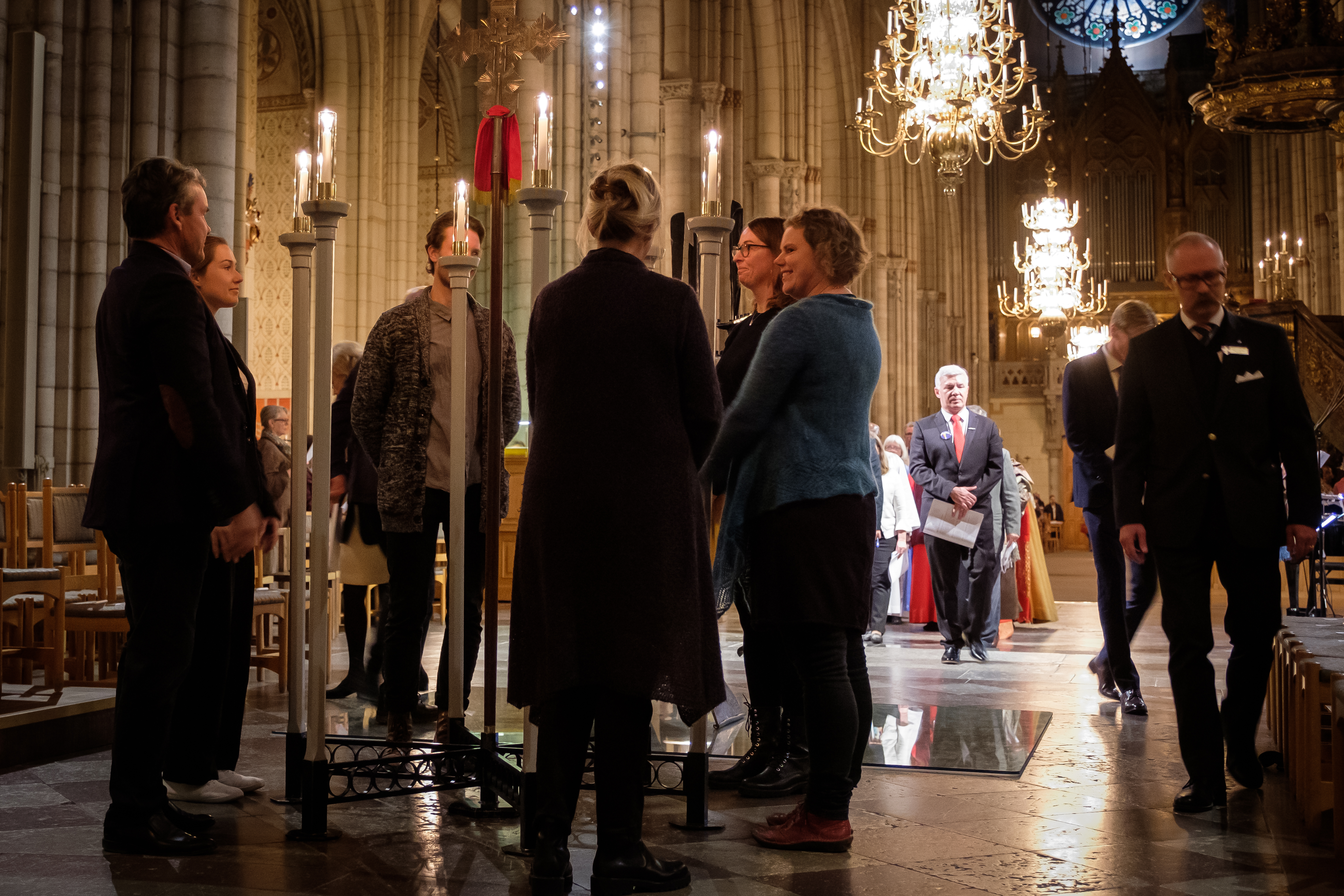 An Evening of Reflection and Worship

Yesterday evening, hundreds­ of participants of ACT’s General Assembly and representatives of the Church of Sweden filtered into the Uppsala Cathedral for the Opening Worship of the 3rdGeneral Assembly of ACT Alliance. The service provided an opportunity for assembly participants to worship and reflect together and to commit the week ahead into God’s hands.

The service included prayers of gratitude from faith leaders of ACT Alliance, which was delivered in the three official languages of ACT: English, Spanish and French. “Loving God, we thank you for Action by Churches Together, for our membership of churches and related agencies working together in unity to serve in the world, participating in your mission of reconciliation and healing, and of lifting up signs of hope,” reads a section of the prayer.

“We thank you that through the work you have called us to do, ACT has been able to positively influence and witness change at local and global levels; supporting communities enduring or recovering from crisis, assisting communities to realize their hopes and visions for a better world for themselves and their families,” the prayer continues.

At the heart of the service was the theme of ACT’s Assembly, Hope In Action: Putting People First. “What a great topic for a General Assembly! Our world is yearning for hope, for credible hope. Behind the most tormenting issues facing humankind, the question of hope looms large,” said Lutheran Archbishop of Sweden, Antje Jackelén.

Putting people first is at the core of ACT’s work, it highlights ACT’s proactive approach to bringing hope to situations of crisis, poverty and injustice. It builds on ACT’s Christian values and the hope that we have in Christ.

“Hope In Action, claims to be credible hope, liberating and empowering… It does not put one’s own particular interests first. It puts people and their natural and social environments first. Also, it does not put human failure first; it puts human rights first,” continued Archbishop Jackelén.

The Assembly theme of Putting People First will remain relevant as ACT continues to mobilise ambitious commitments and actions from members that put people first.

The full sermon is available in English, Spanish, French here