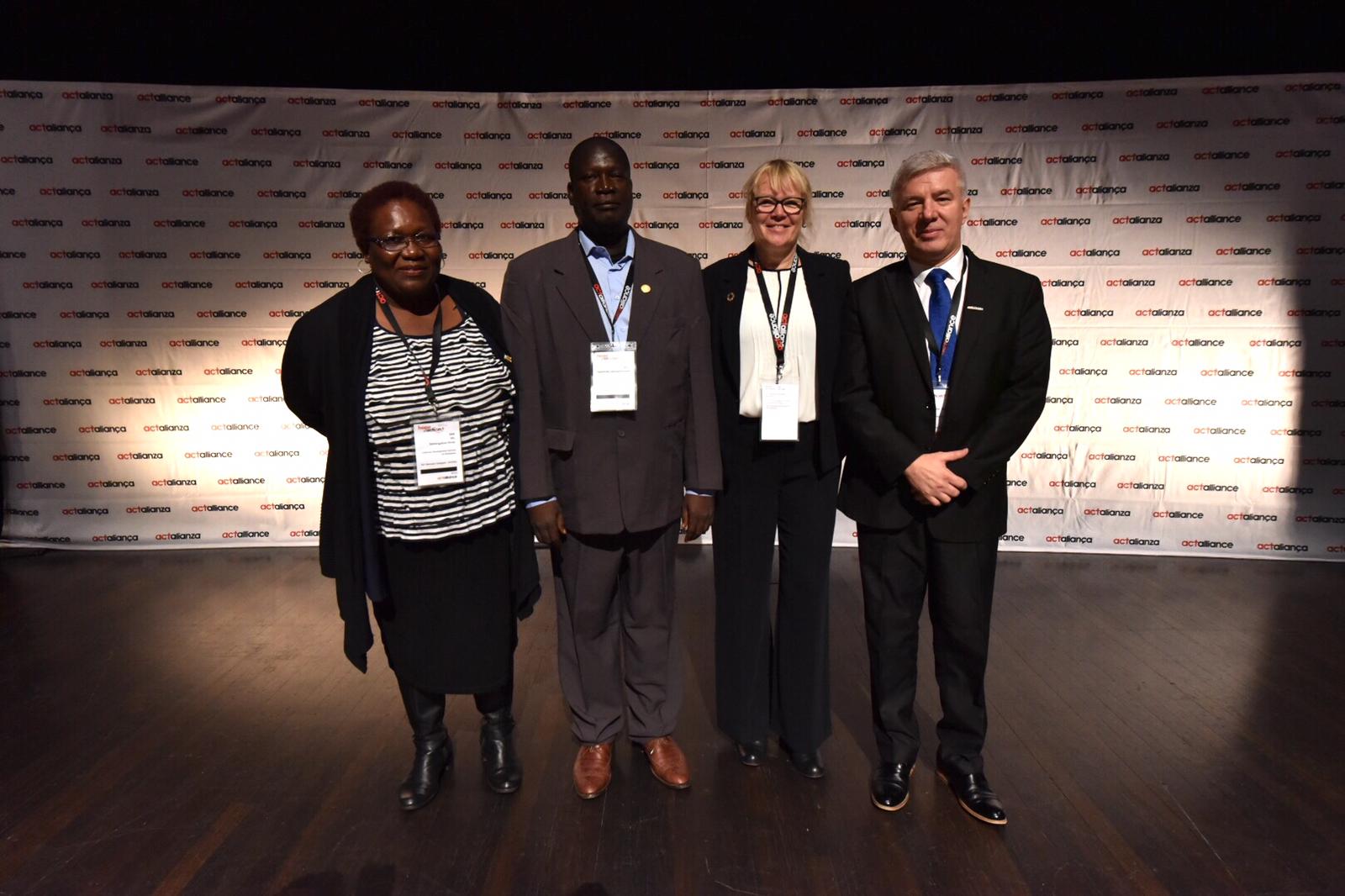 Delegates of the 3rd General Assembly of ACT Alliance gathered in Uppsala, Sweden, have elected governing board member Birgitte Qvist-Sørensen, secretary-general of Dan Church Aid, as leader of the highest body of the network, on 31 October.

Qvist-Sørensen, from Denmark, is the new moderator of the alliance, a global network of 150 churches and church-related organizations working together in humanitarian aid, development and advocacy in over 125 countries.

She replaces Dr Sushant Agrawal and will be accompanied by Tegwende Léonard Kinda, from Dignus Burkina Faso, Africa, as vice-moderator, and Simangaliso Hove, from Lutheran Development Services, Africa, as treasurer.

The slate of 19 candidates for the governing board was widely supported by the voting delegates of the General Assembly, which meets every four years.

ACT Alliance’s 3rd General Assembly ends on 1 November, with a joint day of reflection on ecumenical diakonia and sustainable development with the Executive Committee of the World Council of Churches.

On 30 October, the General Assembly approved a new membership model and the 2019-2026 Global Strategy.