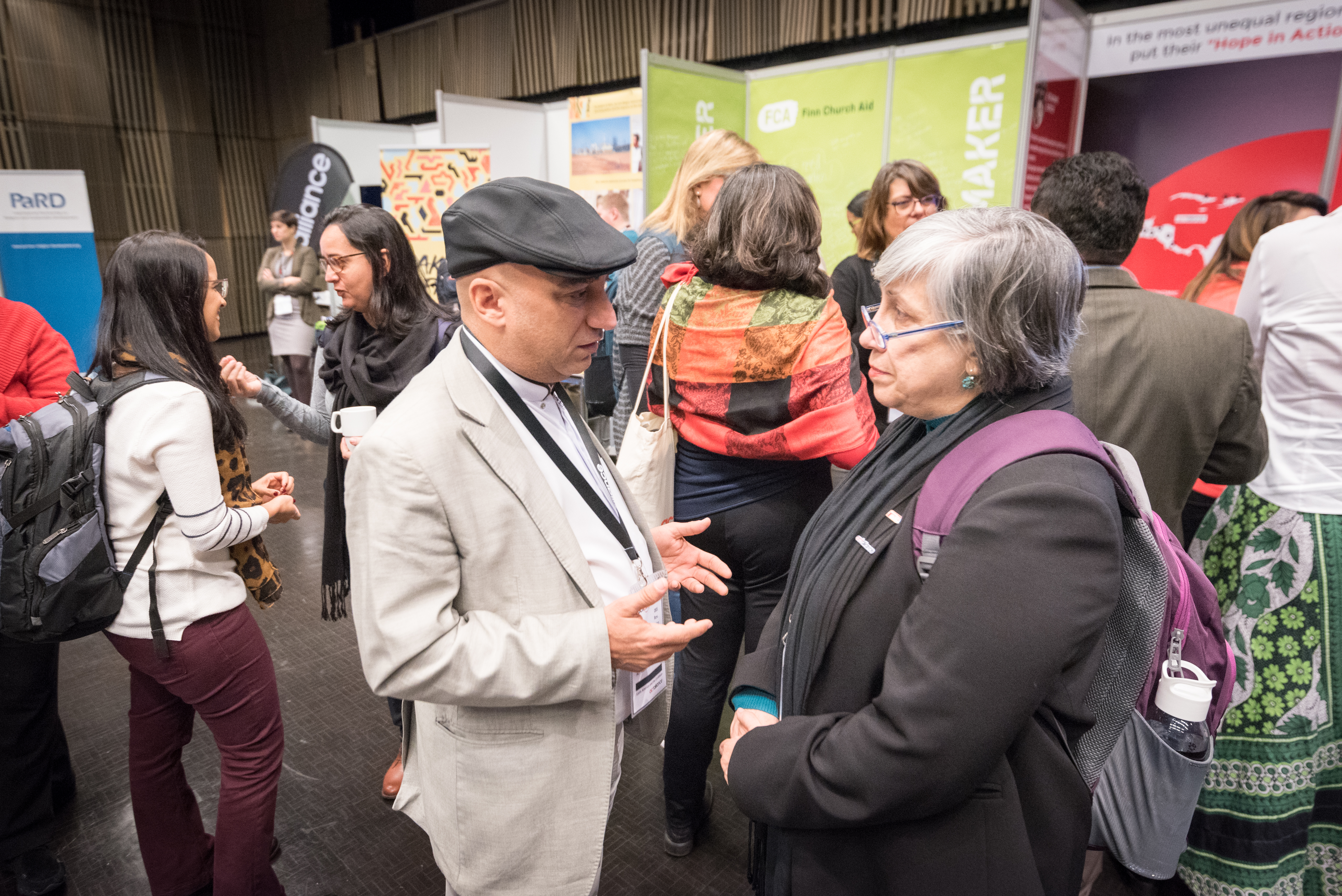 Excitement about the Membership Model

One of the items on the agenda at the ACT Assembly is the new ‘Engagement Model for Membership’ for the ACT Alliance. Boring or bureaucratic stuff? Absolutely not! Because it touches several key issues:

Members, can ‘own’ the Alliance better!

When the ACT Alliance was formed, many members joined because they thought it may be a new way to raise money from the funding members. Others thought that practically every church or church-based organisation has the right to be a member, whether they benefit from the membership and/or contribute to its life and work, or not.

Many discussions of that time were centered on the question of whether the Alliance would be able to represent the churches’ work – in order to call itself ‘Action by Churches Together (ACT)’. The main argument in elections to governing structures was about representativeness, and not about performance, engagement, or commitment.

In ensuing years, the ACT Alliance matured and continued to deliver humanitarian support. It started to perform in advocacy and campaigns around issues of climate, migration, the future of the humanitarian system and more. Also, it turned out that there is only one main condition for the joint engagement with other members’ networks through the Alliance – just do it! No matter the size or experience of the member. It became a learning story as well as a success story for all. It became obvious that the “secret” of ACT, or rather to say: its rationale, is around engagement! But there were barriers.

If a member was not able to contribute at least 1000 USD to the Alliance work – regardless of how much it had or would have to contribute to its work on the ground in humanitarian assistance, in community development or in advocacy towards its respective government – it was out. These organizations either could not become a member or were suspended from membership after their non-payment of fees. They could not benefit from the analysis, discussions and capacity development activities in the ACT Forums.

Some ACT Forums were very active, setting up their own strategy for their national context in accordance with the overall ACT Alliance strategy, giving active inputs to studies or policy-debates conducted on the global level, coordinated their work much better and shared resources, so all members of those Forums benefited from others. Other Forums were very inactive, waiting for someone to bring resources and to steer the cooperation. So there was nothing happening, and members were wondering, why they should pay 1000 USD at all if nothing was going on that was relevant for them.

A similar process took place regarding the participation in global governance or advisory structures of ACT: Some members contributed very well to the debates on the global level, were well prepared and showed a keen interest. Others were not very well prepared and did not show much interest within debates. Neither did they bring in inputs from their region into the global discussions, nor did they report back to their fellow members in the region. They were not accountable to their region.

There is also an issue related to small ACT members: Tiny organisations or small churches don’t need to understand all international UN debates and may not have the capacity as an individual organization to contribute to them. Yet it makes a difference, whether they bring in their local perspective into the global debates through their national ACT Forum. The overall global picture changes, when its enriched by many actors from all regions and even the remotest places.

It was obvious for the Membership & Nominations Committee (MNC) and the Governing Board that a change of the status-quo was urgently needed, with the membership issue as one of the main measures. With support of the Secretariat, a consultative process was started. Several rounds of consultation with the membership took place in March 2017 and April 2018. In this process, many members took part. They concluded that there is the need to address these problems.

Today they bring to the General Assembly for decision a new model- the “Engagement Model for Membership”. It is based on the idea of an inclusive membership in the Alliance. It shall foster active engagement and participation, and contributes to a growing dynamic in the Forums. Barriers that hinder engagement for smaller and national members are addressed.

The new model is based on the following principles:

Needless to say, because it’s not really new: ACT members’ compliance with all mandatory policies remains key. That helps to prevent other national Forum members, the whole Alliance or even the ecumenical family of churches from becoming punished if one member fails.

From the different elements of the ‘Engagement Model for Membership’ which should help to implement these principles, I would like to highlight only one: The new Forum Fee of 1,000 USD, which replaces the former Membership Fee. This is a milestone, both, on the practical and on the symbolic level. It gives all Forums some resources they can use for their work. That could be for the coordination of the Forum, joint capacity building activities and alike – or whatever they decide is important.

Transparency and accountability are with the Forum itself. Forum Fee can be paid in cash or in kind. This allows membership for smaller organisations/churches and strengthens ownership and responsibility of the Forum members. It underlines the relevance of the ACT Forums as the basic element of the ACT Alliance.