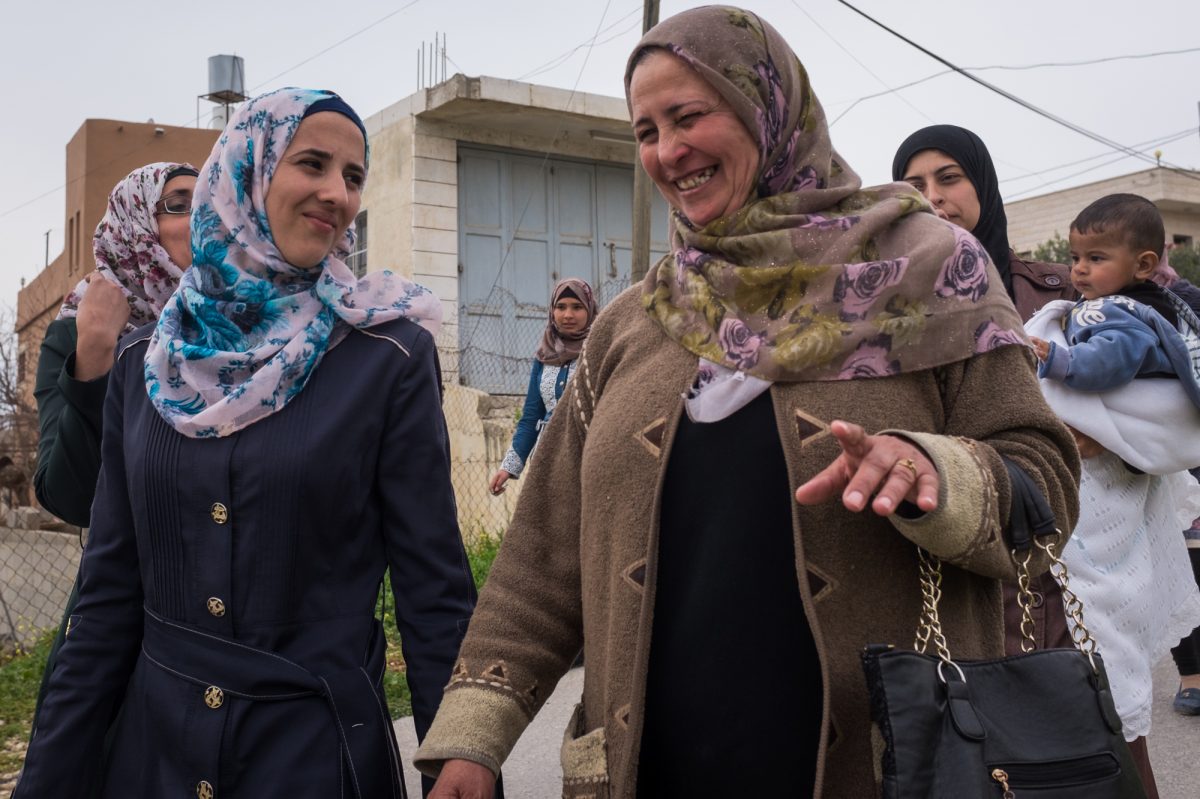 Fighting Inequality for Themselves

Five villages in the Occupied Palestinian Territories are using a different approach to resilience for their communities. Women, men and youth in the villages decide on what they see as the main challenges and threats – and then receive direct control over cash grants to act on their own.

“It was important for us to implement the project ourselves. It was not done by an NGO or by some company – it was done by us! A lot of work was done voluntarily and nobody tried to make a profit. What was saved by choosing a good tender and by voluntary work, we could spent on more projects.”

The project, implemented by the East Jerusalem YMCA with support from DCA, Church of Sweden and Christian Aid—all ACT members—found that less outside control over the project led to more and better results.

Each volunteer protection group generates ideas to respond to key risks faced by their community after extensive consultation with community members.

Once priorities and actions are agreed upon, the volunteers get direct access to their own budget. This makes it possible for the communities to get on with tackling their problems themselves – rather than waiting for others to do it. 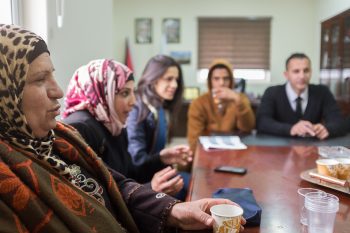 “We have never worked together like this. Before we just had our individual worries and concerns … Developing the action plan and then taking joint action has been the key to our success. The cash grants made it possible to take the first important steps and then use that to bring in other voluntary contributions.”

The protection groups work closely with local leaders including the Village Councils. The groups are open for all and in most villages women have taken on a strong and often leading role.

Key threats the groups identified stem from living under Israeli occupation and include conflicts with nearby settlements, severe restriction of movement, confiscation of land and demolition of homes and other buildings. Erosion of livelihoods, worsening poverty, lack of electricity and water, polluted water streams, chronic underemployment and lack of services from the Palestinian Authorities also dominate the challenges identified by the communities.

Groups’ projects have included rehabilitating a local mother and child care clinic, reducing the school drop-out rates of girls, improving access to electricity and upgrading poor and unsafe roads to and from schools or important agricultural land.

“Because of the new road we can use and develop the land. When we do that, we also protect our right to area. If this land remained unused, it would be at risk of being taken by the Israelis.” 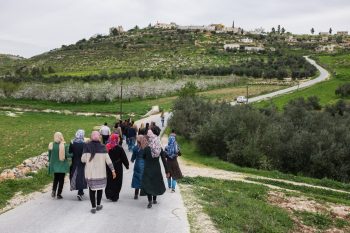 Managing the cash grants has been a challenge – and an empowering experience for the groups. Making sure that the entire village knows how the money is being spent is crucial for their credibility and success.

“All receipts and contracts were put on Facebook so all could see how the money was spent. We also learned that we could actually do the project cheaper than an NGO could do it.”

The process has promoted a sense of unity and purpose. Protection group volunteers in the five communities have engaged local authorities in delivering old – but never fulfilled – promises about providing electricity to an entire village, garbage collection in another and repairing a dangerous hole in a wall around the school in a third village.

These protection groups are improving their own communities, on their own timeline, addressing their own priorities.  They are hope in action.