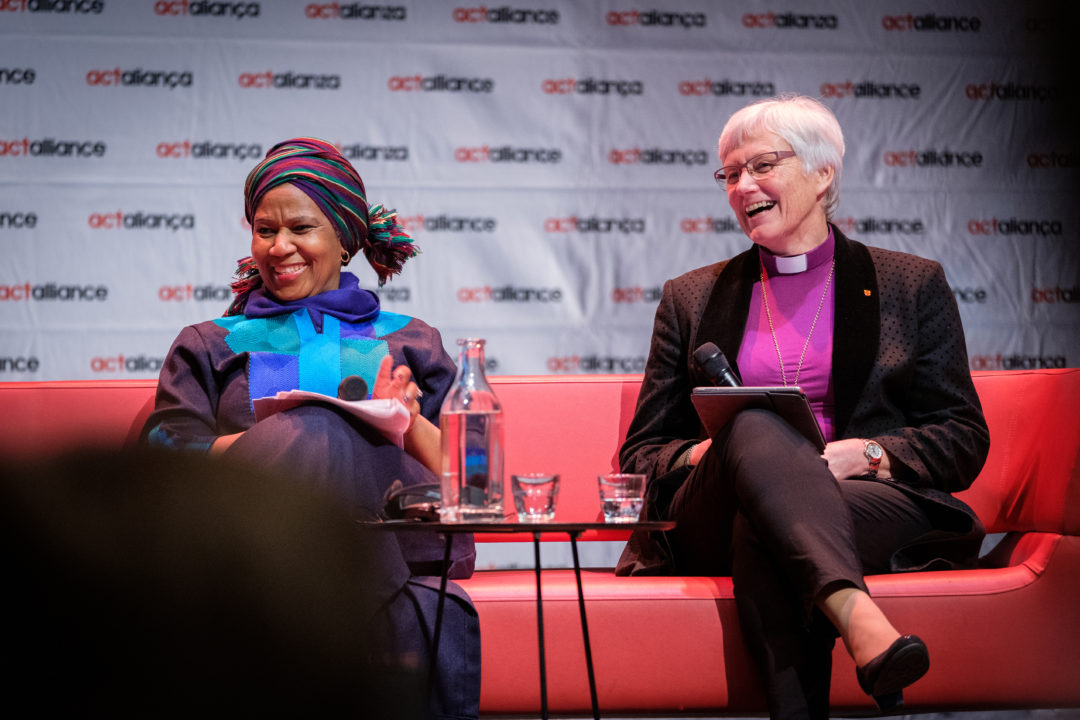 Uppsala, Sweden – October 29, 2018 – “A key element of our faith is based on the conviction that every person is loved and is created by God and has the same dignified rights”, said the head of the Church of Sweden, Archbishop Antje Jackelén, during a press conference held after a gender justice event at the General Assembly of ACT Alliance, on 28 October.

“Gender justice is a win-win concept for everybody”, said Jackelén, who also emphasised the transformative power of faith communities in addressing unjust realities for women.

Dr Phumzile Mlambo-Nguka, United Nations Under-Secretary-General and Executive Director of UN Women, emphasised the opportunities that faith communities have to push for a transformative agenda on women’s rights, and staunch the alarming pushbacks that have been progressing across regions of the world.

According to the UN Women Executive Director, 19% of women and girls aged 15 – 49 have experienced sexual violence by their partners in the last 12 months alone.

“We need the church to help minimise pushbacks and to build on the historical role that it has played to promote gender equality”, said Mlambo-Nguka.

For Rudelmar Bueno de Faria, General Secretary of ACT Alliance, faith-based organisations have been historically at the forefront of protecting women’s rights and dignity, especially during humanitarian crisis and in fragile contexts.

“ACT alliance promotes human dignity for all. Faith-based organisations must be part of the solution and help shape a narrative where women and girls are equal”.

The 3rd General Assembly of ACT Alliance goes on in Uppsala until 1 November.