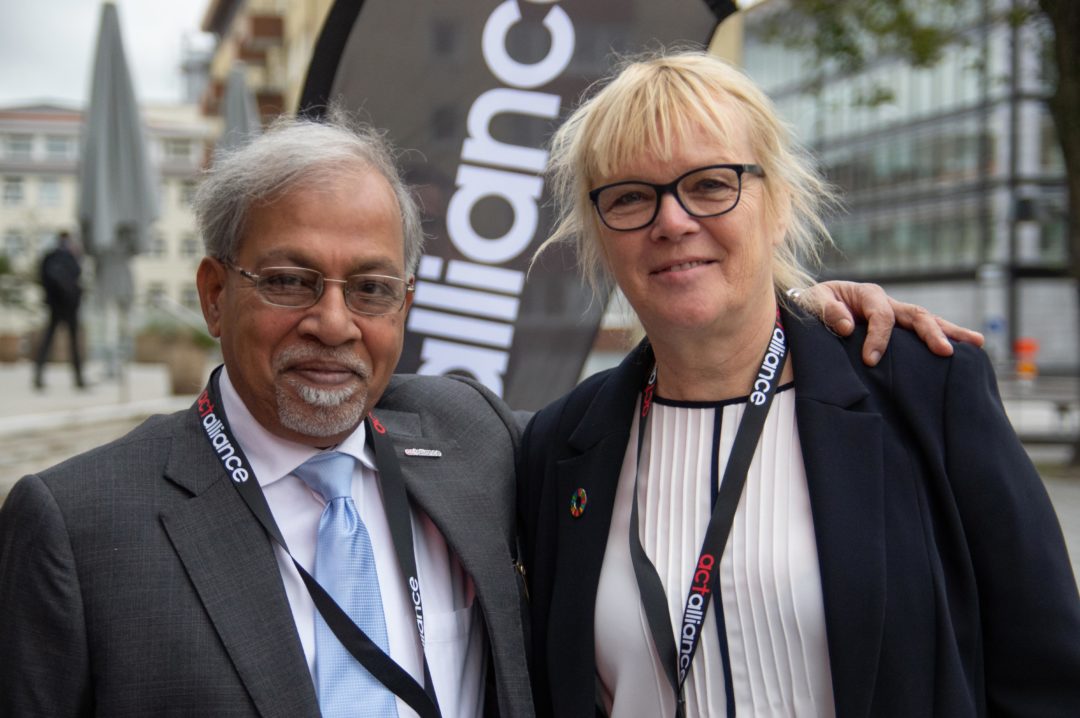 “Gender justice: one of the reasons why I wanted to become Moderator.”

QvistSørensen spoke to the significance of achieving gender justice in her decision to run for the Moderator position.

“I have always wanted to work to promote gender justice. In so many countries, including my own, women are not equally represented in society. Every one of us is created equal in the image of God and working in a faith-based organisation on issues of equality, and gender justice is very close to my heart,” she said.

QvistSørensen welcomed ACT’s new Global Strategy (2019-2026) and noted her willingness to contribute to the Gender Campaign. “One of my roles as a moderator would be to get the Gender Justice Campaign moving.”

“We have different opinions and expectations on this issue, and as a result, my role will be to listen to the membership so that we can work together towards a just society against all forms of oppression,” said QvistSørensen.

“The world is not going in a very positive direction. However, we are called to care for the poor, to work towards justice, and to make sure that no one is oppressed. It is very important for us to be a strong alliance with a strong voice,” she concluded.