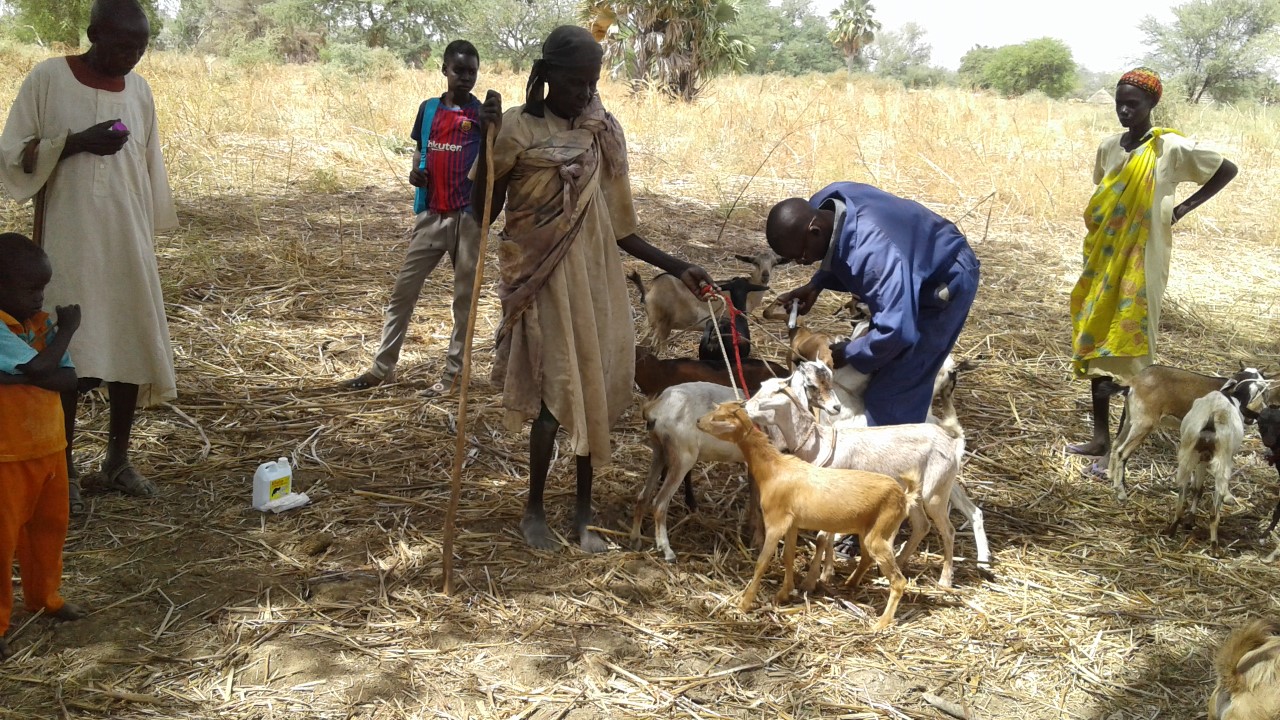 ACT member the United Methodist Committee on Relief (UMCOR) is active in South Sudan, working to address the needs of conflict-affected communities, returnees and vulnerable groups through various projects to enhance the provision of basic services and sustainable livelihoods. One such programme is UMCOR’s Food Security Project which supports and empowers families to engage in sustainable agriculture and food security programmes.

Achol Dut Lual is a resident of Gok Machar which is located in the Aweil North region of the Northern Bahr el Ghazal State of South Sudan. Achol Dut Lual is one of the 116 people supported by UMCOR’s project. The project is supported with funds from the Global Board of General Ministries.

Since her return from Darfur, Achol has lived with her son and his wife and their 5 children. The couple made their livelihood selling logs and grass at the market. However, a government ban on logging and grass-cutting has interfered with the family’s source of income. Achol and her family relied on their neighbors for food but the increasing costs of living made it difficult for their neighbors to continue to support an additional family. Achol began to lose hope that she would live to see a better future.

Through UMCOR’s Food Security Project, Achol was given five goats to help her and her family to be able to provide for themselves once again. “My sons,” Achol said to UMCOR food security staff, “look at me, you can see from my appearance that I have suffered. I feel weak and tired. I last had a meal yesterday morning but I remained hopeful even though I did not know where help would come from next. I don’t know how I can thank your organization for this support.

“You have rescued me from poverty and I will take care of these goats with my life. Today my pain has been turned into happiness and my tears have been dried. I thank you,” she continued.

Achol has named the male goat after the Founding Father of South Sudan Dr. Garang Mabior. “I have named this goat after him because just as he has delivered South Sudan from oppression, I believe that this male goat will deliver me from poverty as it will reproduce to bring me more goats,” she said.

Achol intends to sell one goat to purchase food for her grandchildren, “they have gone through so much and it pains me that as their grandmother I have not been able to provide for them,” she said. Achol hopes to eventually have enough goats to be able to sell a few to start a small business for her son.

“I am too old now and I cannot work, so I want to help my son to support me. He has seen our suffering and I know that he will work hard to make all of us comfortable. My grandchildren will now also be able to get books and school uniform,” she said.

“Because of this support I have hope in life and my future looks brighter. Thank you for bringing back hope to me when I had lost all hope and thought that nobody cared. I know it will not end all my problems, but I believe that with hard work and good care of these animals, it can make my life and that of my family better,” she continued.