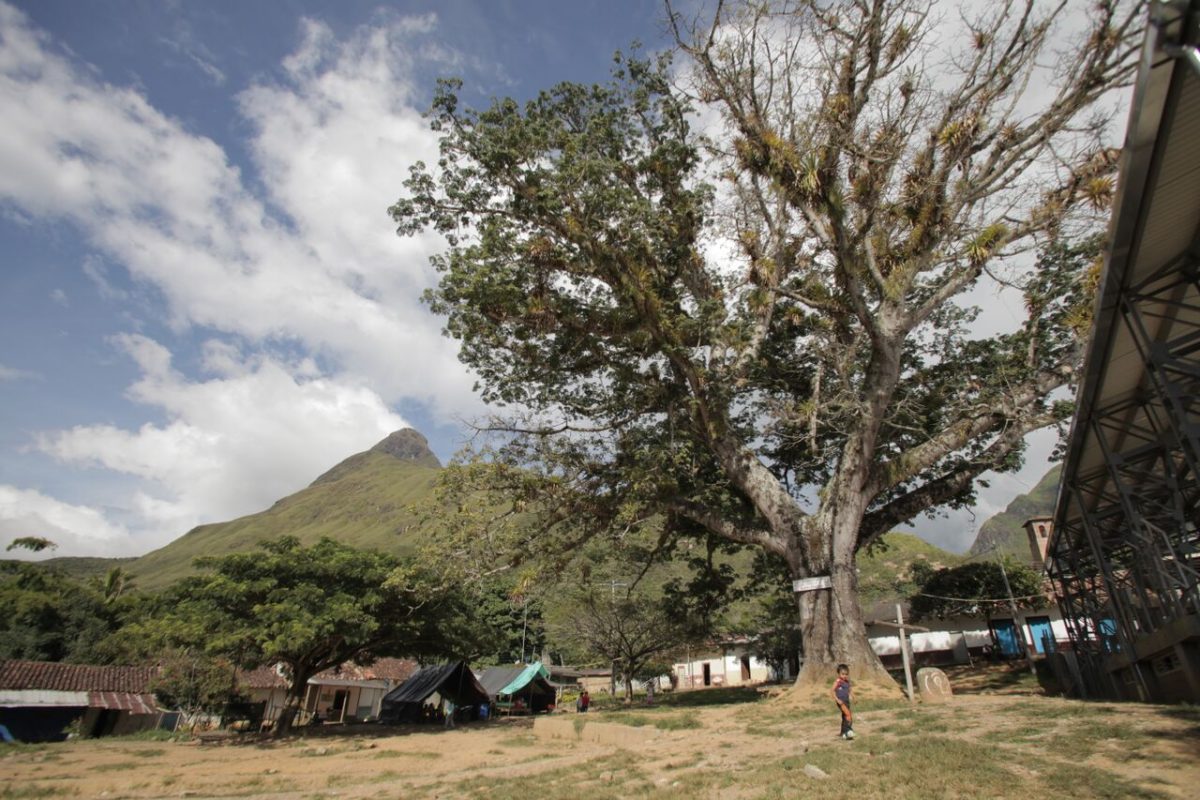 Lerma, Colombia – from nightmare to peace

Today, there is a dusty road that passes through the little town of Lerma, Colombia. Every now and then, a horse or a few cars might pass by. People move slowly in the heat of the day. Lerma looks like a quiet town, but its history was the opposite.

In the 1980s Lerma experienced a brutal nightmare of drugs and violence. A war raged between drug syndicates and as a result a quarter of the population of Lerma were killed. The people of Lerma decided to take action to change the fate of the town and together they succeeded.

“People were scared to come here, and we were ashamed to say we came from Lerma. People thought that we didn’t respect life. In Lerma people were murdered and raped. Everybody knew that,” says Luis Alberto Gomez, one of the town’s change makers working with CIMA  (Comité de El Macizo Colombiano), a partner organization of Diakonia Sweden, a member of the ACT Alliance. 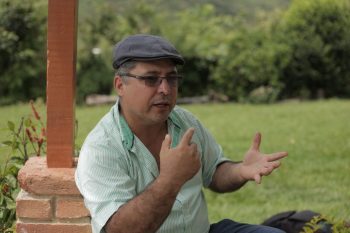 “We’ve shown that it’s possible to build peace from below and believe that the whole country can learn from us,” says Luis Alberto Gómez.

Coca bushes have been grown in Lerma on a small scale for decades. Chewing coca leaves has been a part of the culture for many years, and it also has the effect of reducing hunger. It is only when the leaves are processed chemically that they are turned into cocaine and it was only when the traders wanted to buy large quantities that its cultivation became a problem. During the 1980s, before Colombia was known to be a notorious cocaine producing country, the first drug lords operated in Lerma.

With the Coca war came money, weapons and violence. Bars opened on every street corner. Alcohol was flowing and violence escalated. Within just a few years, a quarter of the population was killed.

From Coca War to a Symbol of Peace

The survivors had enough of the violence in their town. They came together and discussed ways of dealing with the situation. Various responses were explored, including the option of a greater police and military presence. In the end, they agreed to invest in children and young people to ensure that the appropriate values were instilled in children. ACT Alliance member Diakonia and partners continue to contribute to various activities in Lerma’s transition towards peace.

“We decided to close all bars, build a school and create a thriving cultural life. Identity, leadership and a sense of belonging were our focus,” says Luis Alberto Gómez. 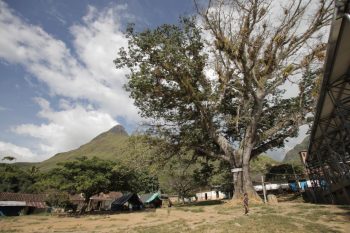 “Here, we love life and create peace. Welcome to Lerma” reads the sign on the 125 year old tree. Credit: Diakonia

Today, Lerma has become a symbol of peace. In the middle of the town square there is a huge, 125-year-old tree. It is full of bullet holes, a memory of the nightmare in the 80s. But it is also a reminder of what Lerma is today. A sign hangs on the tree trunk that reads, ‘Here, we love life and create peace. Welcome to Lerma.’

“In Lerma, we’ve created peace from below. We’ve worked on participation and dialogue with everyone on how we want to live together. The rest of the country can learn from our experience,” says Luis Alberto Gómez.

“Peace isn’t just about ending the fighting. It’s so much more. There must be structural change. Only when children go to school, when nobody goes to bed hungry, when families have fields to farm, when there is no discrimination – only then can we say that we have real peace,” says Luis Alberto Gómez.

ACT Alliance remains in solidarity with the survivors of Lerma, and continues to work on peace-building initiatives with members around the world.