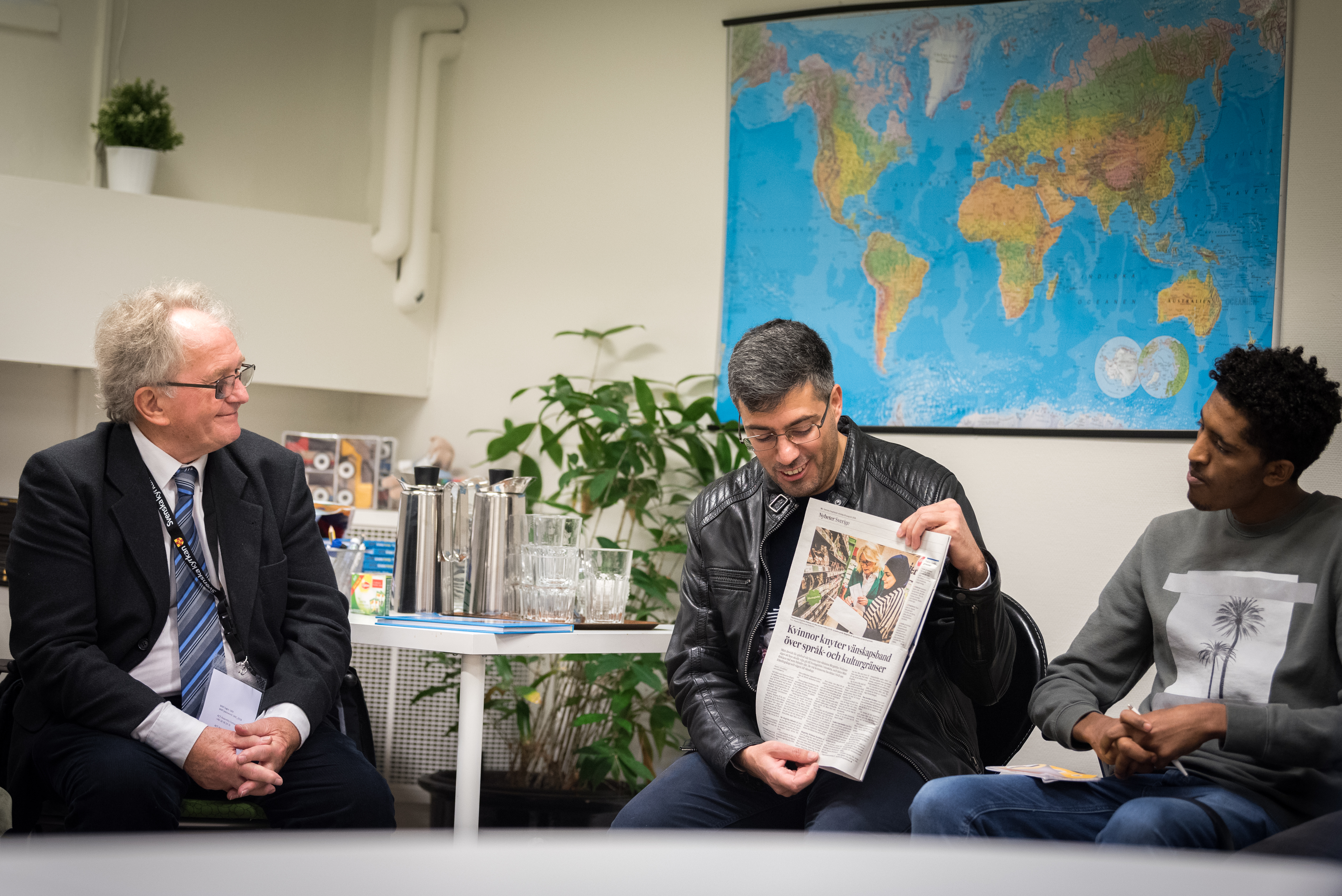 “Migration is not a crime; it’s a right.”

The pressing humanitarian and human rights challenges affecting communities fleeing wars, persecution and climate calamities prompted ACT Alliance to organise a pre-assembly day to raise awareness on this global emergency among the participants of the ACT Assembly.

ACT Alliance members Church of Sweden and Diakonia hosted the pre-assembly exposure day on migration and provided an opportunity for ACT members to learn about the work of the European churches on migration and integration.

Eva Ekelund, Deputy Director for International Affairs, Church of Sweden had a powerful opening statement: “Migration is not a crime, it’s a right”.

Today, fewer migrants make it safely to Europe. The ones who do are often met with suspicion exacerbated by growing right-wing populism. The shift in how society looks at migrants has changed the way that local churches are now operating.

“Churches are playing a critical role in upholding core humanitarian principles, as many governments are not fully taking on the responsibility of safeguarding the human rights and safety of refugees,” said Rudelmar Bueno de Faria, ACT’s General Secretary.

As part of the pre-assembly day, ACT members visited the “Good Neighbours”, a joint initiative of local parishes of the Church of Sweden, the Stockholm Southside Mosque and the Islamic Relief of Sweden. The interfaith and ecumenical initiatives aimed at fostering religious dialogue between migrants and locals to find common grounds for integration.

After the initial effort to provide a place to sleep for approximately 4000 people passing through, Good Neighbours now works to integrate migrants offering language cafés, counselling and networking events. The stories that the migrants and the ecumenical workers and volunteers shared with the assembly participants provide evidence that the program’s mantra, “We don’t help others, we help each other”, is more than a slogan and lies at the core of this successful initiative.

ACT’s Migration and Displacement programme seek to advocate for fairer migration policies and the dignity and rights of migrants and displaced people. will continue to promote rights-based, locally and regionally informed, and globally coordinated advocacy on the rights of people on the move.