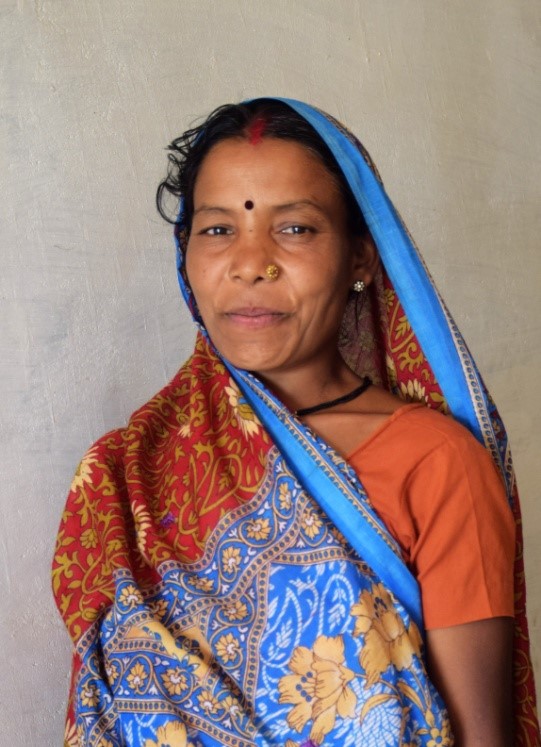 ‘Organic farming – because we were tired of struggling.’

ACT member Church’s Auxiliary for Social Action (CASA) is working with communities in India to transform their infertile lands to more productive lands through organic farming.

Three years ago, Subhadrabai was struggling to maximise agricultural production on her two acres of land. The lack of sustainable livelihood opportunities has made it mandatory for men to leave their homes to find an alternative job. When the men go, women either migrate with their husbands or stay at home to take care of their children, farm and livestock.

With little farming experience, Subhadrabai sowed maize seeds immediately after the first monsoon rains, as her husband instructed. There were times, however, when this was not possible as bad monsoons and water scarcity severely impacted the region, making it difficult for Subhadrabai and others to grow enough food to feed their families.

“Buying fertilisers and pesticides from the market caused a financial burden that my husband and I had to bare. At times we suffered huge losses, especially when the plants stopped growing, or the seeds didn’t germinate,” said Subhadrabai.  Along with the health and financial burdens of chemical farming, it requires a lot of water which is problematic for communities that have primarily depended on rainfall.

In a market where farmers were producing 1000-1200 kilograms of maize in two acres of land, Subhadrabai was producing only 200kg. Crop failure year after year led to a financial strain on the family. For a while, Subhadrabai and her husband could not figure out what was causing plant failure.

Agricultural scientists have noted that the soil in Subhadrabai’s region is not suitable for chemical farming. They encourage farmers to engage in organic agriculture, opting for cow urine and ‘Jiva amrit’ (a mixture of cow dung, cow urine and other organic wastes) over chemicals and pesticides.

CASA along with its partner Paryavaran Sanrakshan Adivasi Vikas Kendra (the Environmental Conservation and Tribal Development Centre) intervened with an alternative mechanism to assist farmers to maximise and maintain healthy agricultural outputs. They also encouraged farmers to sow their seeds in rows and columns and to introduce drip irrigation to their farming practices.

People in the village were taught to make vermicompost. This is the product of a composting process that uses earthworms to decompose organic waste over time until it can be used as a natural fertiliser. In drought-struck villages, vermicompost has increased the moisture capacity of the soil, helping people to convert their uncultivable land into productive land.

“My production doubled. Now I grow 500kg of maize. I save a lot of money on synthetic fertilisers. Instead of buying the compost from the market, I make it at my house. As our products are organic, it is in more demand in the markets. People want to eat healthy products. I encourage others in my village to follow the same method,” said Subhadrabai.

Subhadrabai identifies herself as ‘self-sufficient’ and has inspired women like Parvatibai from the nearby Bhatgaon village. Parvati started growing turmeric using organic farming with CASA’s help. She and her husband have been making vermicompost at their house, and can now engage in farming all year round, even during the drier periods.