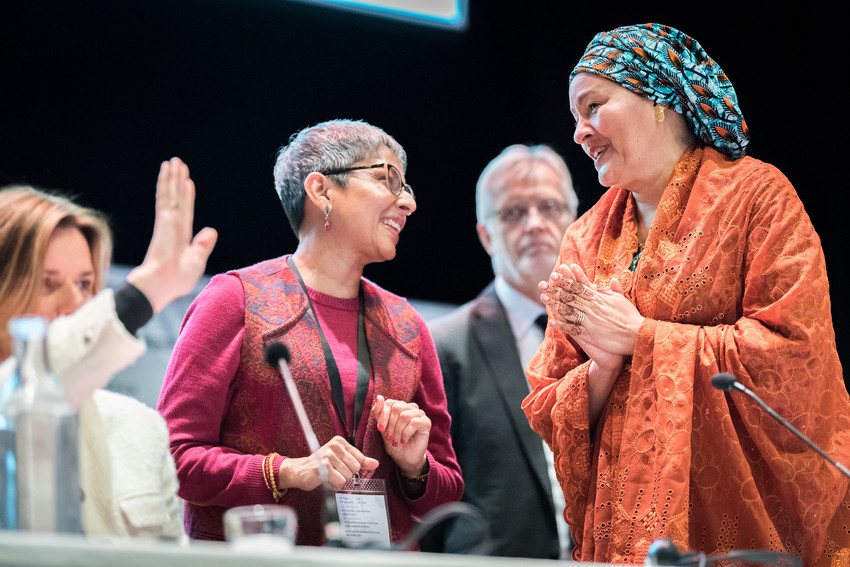 “Your efforts have earned you the trust of the communities you serve, and you are often directly engaged with those who are left furthest behind,” said Her Excellency Ms Amina Mohammed, Deputy Secretary-General of the UN to ACT members at the General Assembly.

A highlight from the second day of ACT’s General Assembly was a session on the role of faith-based organisations (FBOs) in achieving the 2030 Agenda for Sustainable Development. Keynote speakers for the event included Her Excellency, Ms Amina Mohammed, Deputy Secretary General of the UN; Her Excellency, Ms Isabella Lövin, Deputy Prime Minister of Sweden and Minister for International Development Cooperation and Climate; and Ms Carin Jämtin, the Director-General of the Swedish International Development Agency (SIDA).

The speakers emphasised the unique contributions of FBOs as structures rooted in the communities which they seek to serve. They also noted that FBOs and the 2030 Agenda share a similar goal: to ensure that no one is left behind.

“You are well placed to carry innovations and lessons learned across communities and national boarders, to participate, to mediate, to often be those that help to heal communities,” said Mohammed.

“Thank you for always standing up for solidarity,” said Ms Lövin.“Progress cannot be made at the expense of others or without partnerships, inclusive of the private sector, civil society, national, and international actors.”

Lövin gave the example of the response of FBOs to the Ebola crisis and applauded their deep understanding and connections to their communities which allowed them to respond to the crisis effectively.

Ms Jämtin further emphasised the significance of innovative partnerships for achieving the sustainable development goals and stressed the imperative of putting the poorest and the most marginalised at the centre.

ACT intends to continue to develop partnerships with communities, civil society organisations, and UN agencies to continueits work to ensure that no one is left behind.