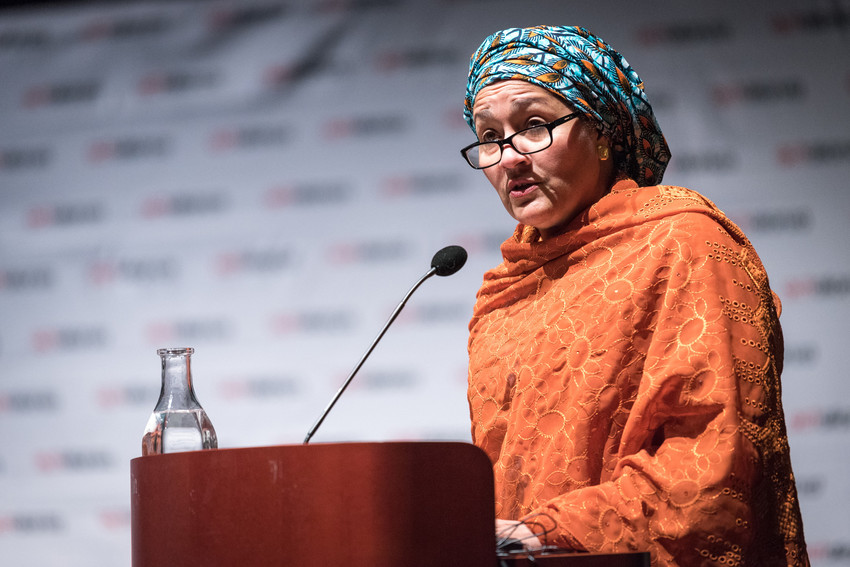 Uppsala, Sweden – October 29 2018 – “Faith organizations and their leaders play a critical role in addressing the needs of those that are left behind,” said Ms. Amina J. Mohammed, United Nations (UN) Deputy Secretary-General, on 29 October, during a plenary of the 3rd General Assembly of ACT Alliance, being held in Uppsala, Sweden.

Acknowledging the dedication and contribution of Faith-Based Organizations (FBOs), such as ACT Alliance, Mohammed said: “your efforts have earned you the trust of the communities you serve, and you are often directly engaged with those who are left furthest behind.”

“You are well placed to carry innovations and lessons learned across communities and national borders, to participate, to mediate, to often be those that help to heal communities,”added Mohammed.

The UN leader was one of the speakers of a panel on the role of faith-based actors in achieving the Sustainable Development Goals (SDGs).

“I am grateful to the ACT Alliance for making the SDGs a focus and an inspiration to its activities, finding common ground,” added Mohammed. “As an organisation working in more than 120 countries, you have a broad reach into communities around the world and tremendous ability to help socialise the SDGs in everyone’s life,” she said.

The UN Deputy Secretary-General concluded by reflecting on the shared objectives between the UN and the FBOs: a future of dignity, prosperity and peace on a healthy planet.

“To reach this, we must deliver for the people we serve, stay true to our ambitious global goals and make good on our collective pledge to leave no one behind. Let us continue this partnership together,” she said.