16 days of activism gets artistic in refugee camps 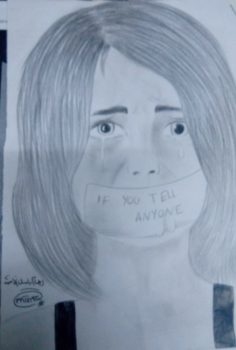 Artwork by young women in Zaatari and Azraq refugee camps that was created for the 16 Days of Activism against Gender-based Violence for a contest co-hosted by ACT and UN Women.

In collaboration with UN Women, an art competition was held during the 16 Days of Activism against Gender Based Violence in Jordan with the ACT Alliance by ACT members in Jordan on November 21st to 28th 2018.

This competition was a great opportunity for refugees in both Zaatari and Azraq camps to learn, understand, raise their voices and stand against gender based violence.

Despite the competition being short due to having permits from the government, there were a good number of participants in Azraq camp and four completed works from Zaatari.

One of the most interesting artworks in Zaatari camp was a coal drawing on a piece of fabric titled ‘’I am safe’’ and it shows a young girl with a sharp look in her eyes that shows power and strength.

Another piece was presented by a 14 year old girl, who created it in just three hours according to UN Women’s person in the camp and it was the very last artwork submitted to the competition before the deadline. It is a realistic piece, presenting facts about harassment in the camp and showing the mentality of harassers and the way people deal with it there.

In Azraq camp, two of the winning pieces were discussing the verbal and cyber harassment to school girls and people under 18 years old, and the fear and discomfort these girls are facing during their walk to and from school.

People in Azraq camp were eager to know the winners and to receive the prizes.

During the final ceremony of the 16 Days of Activism against Gender Based Violence on November 28th 2018, ACT members in both camps organized two festivals to thank participants and Award the top 5 artworks for Azraq and the 4 participants from Zaatari.

The contribution of ACT members was really appreciated as both LWF and FCA have presented interesting shows during the festival and exerted a massive effort to make this event a great success.  In Azraq camp, IOCC and FCA held the work of the competition professionally during the whole period of the 16 Days of Activism against Gender Based Violence. 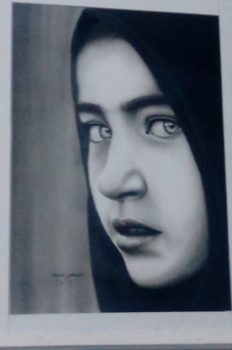 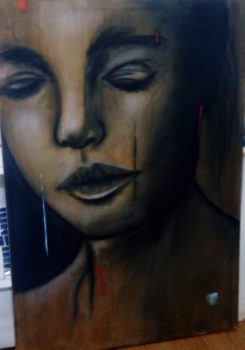