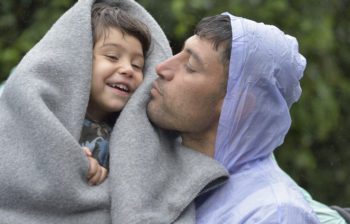 Refugees on their way to western Europe, a man from Iran holds his son as they approach the border into Croatia near the Serbian village of Berkasovo.
The ACT Alliance has provided critical support for refugee and migrant families here and in other places along their journey. Photo: Paul Jeffrey/ACT

Last week, the Global Compact for Safe, Orderly and Regular Migration (GCM) was being reviewed for the first time at regional level by governments, UN agencies, and other stakeholders, to assess progress made in its implementation since it was adopted by the UN GA in December 2018. The first region to conduct such a review was the UNECE region, encompassing Europe, including Southeastern And Eastern Europe, Central Asia, as well as North America.

ACT Alliance has submitted a contribution to the United Nations Network on Migration (UNNM), which helped facilitate the consultations, together with the UN Economic Commission for Europe (ECE), who have invited written submissions for the review process. ACT’s submission examines the four main thematic areas of the regional review process, which are based on objectives of the GCM:

The submission portrayed the ACT Alliance position on these topics, assessed the progress we have seen in these areas so far in the UNECE region, gave examples of how ACT members have been involved, and included a call to action for important next steps on the way to the first International Migration Review Forum (IMRF) in 2022.

While acknowledging important progress in some countries- for example with regard to improving migrants’ access to health and other services, and promoting alternatives to detention in the context of COVID-19- ACT’s submission also highlighted major areas of concern, including pushbacks against migrants seeking protection, continued institutional discrimination, especially against undocumented migrants, states’ unwillingness to meaningfully address the impacts of climate change on human mobility, and the need for more participatory and inclusive dialogues to address xenophobia and discrimination.

The ACT submission, as well as all others, from states and non-state actors alike, is available on the UNNM website for the review.

The review meeting itself proceeded in two stages – kicking off with an informal multi-stakeholder consultation on November 9. 2020, which was attended by over 100 organisations, and during which ACT Alliance was moderating one of the roundtables – and continuing with the formal review on November 12-13. As documented in the excellent report by the civil society rapporteur, the multi-stakeholder consultation covered a wide range of topics, highlighting the diversity of countries and contexts, as well as the similarity of rights issues prevalent throughout most of them.

Major civil society concerns included: The persistence and increase in violence against migrants at borders; a continued disregard for the best interest of children in migration proceedings, including in situations of detention and returns; large labour rights deficits for migrant workers, putting them at risk of exploitation; the importance of providing migrants access to services, regardless of status, highlighted during the COVID-19 pandemic; and the necessity to provide broader access to regular migration pathways for labour migration, family reunification, and through regularisation of status.

The formal review on November 12-13 included thematic panel discussions with the active participation of governments (including Turkey, Germany, Canada, Portugal, Kazakhstan, the UK, and Albania) and other stakeholders, reflecting on progress made in GCM implementation. For the most part, these discussions were quite honest and constructive, acknowledging the need to increase efforts not only in multilateral cooperation, but also domestically, and underlining the value of a whole-of-society approach.

In his closing remarks, the civil society speaker, Stephane Jacquemet from the International Catholic Migration Commission (ICMC), echoed many of our collective concerns when he focused on (1) the priority of providing access to services for all migrants, regardless of status; (2) the need to create and expand regular migration pathways; and (3) the pressing need to promote alternatives to detention, and in particular, to prohibit child detention.

The regional reviews of the GCM will continue early next year, since all other regions have now opted to postpone their review processes due to the impacts of COVID-19. ACT Alliance will continue to work with our members through our advisory structures to gather inputs and represent the voices of migrants in these regions. 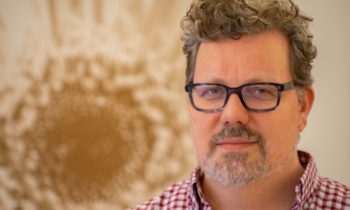