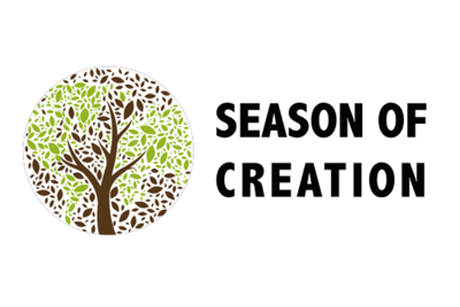 This week, ACT’s General Secretary Rudelmar Bueno de Faria joined leaders from the world’s major Christian denominations in a joint letter calling on communities to engage in the Season of Creation.

Season of Creation is celebrated every year from September 1 to October 4 by Christians around the world through prayer and action to protect the environment.

The letter affirms the growing commitment of Christian leaders to environmental protection across various denominations. “As the environmental crisis deepens, we Christians are urgently called to witness to our faith by taking bold action to preserve the gift we share,” the letter reads.

“As a faith based network, ACT Alliance recognizes the moral and spiritual obligation to care for creation and for the people and communities that are most affected by environmental degradation,” said Bueno de Faria. “I encourage ACT members to mobilize their communities and networks to engage in the Season of Creation through prayer and action for environmental protection and for solidarity with the most vulnerable,” he continued.

“The ACT Alliance will continue to engage with governments, civil society, people’s movements, faith based organizations, and others for environmental protection. The Season of Creation provides us with a moment to acknowledge the role of human impact on the environment and importantly to reflect on the gift of creation,” said Bueno de Faria.

The letter is available below and on our website here.

Dear Sisters and Brothers in Christ,

Once every year, from September 1 to October 4, members of the Christian family set aside time to deepen our relationship with the Creator, each other, and all of creation. This is the Season of Creation, which began in 1989 with the first recognition of the day of prayer for creation by the Ecumenical Patriarchate of the Orthodox Church, and which is now ​embraced by the wider ecumenical family.

During the Season of Creation, we join together to rejoice in the good gift of creation and reflect on how we care for it.  This season offers a precious opportunity to pause in the midst of our day-to-day lives and contemplate the fabric of life into which we are woven.

As the environmental crisis deepens, we Christians are urgently called to witness to our faith by taking bold action to preserve the gift we share. As the psalmist sings, “The earth is the Lord’s and the fullness thereof, the world and those who dwell therein.” (Psalm 24:1-2)  During the Season of Creation, we ask ourselves: Do our actions honor the Lord as Creator?  Are there ways to deepen our faith by protecting “the least of these,” who are most vulnerable to the consequences of environmental degradation?

We invite you to join us on a journey of faith that challenges and rewards us with fresh perspective and deeper bonds of love. United in our sincere wish to protect creation and all those who share it, we join hands across denominations as sisters and brothers in Christ.  During this season, we walk together towards greater stewardship of our place in creation.

“O Lord my God, you are very great! You are clothed with splendor and majesty, covering yourself with light as with a garment, stretching out the heavens like a tent.”  (Psalm 104:1-2)

With you, we give thanks for the community of believers around the world that is bringing love to creation this season, and we praise the Creator for the gifts we share.

More information is available at the Season of Creation website SeasonOfCreation.org