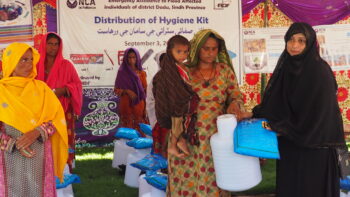 Nishada, her children, parents-in-law and husband were rescued by an army helicopter amid heavy rains which have devastated Pakistan this monsoon reason. Nishada’s house was on the brink of collapsing. “We didn’t think twice, we just ran for our lives and caught on to the rope hanging above our house,” she said. “Every second counted at that moment, we could not get any of our belongings with us, we just had to save our lives.”

Massive flooding has impacted 73% of Pakistan’s districts, with over 1000 dead and more than one million houses destroyed, in addition to infrastructure and livestock.  6.4  million people are in need of humanitarian assistance.  These floods have been caused by monsoon rains that have almost tripled the 30-year average for Pakistan.

Nishada later discovered that their house had crumbled and everything they owned was washed away with the rain water. The plot where their house once stood was still under 2m of water two weeks later.

Nishada’s family is temporarily living in an army rescue camp. They have been given space in a large, empty, hall-like room, with seven other families. There are no beds, blankets or tents here. Families have been asked to move back to their villages since this was only intended as a transitory set-up amid emergency rescue efforts. 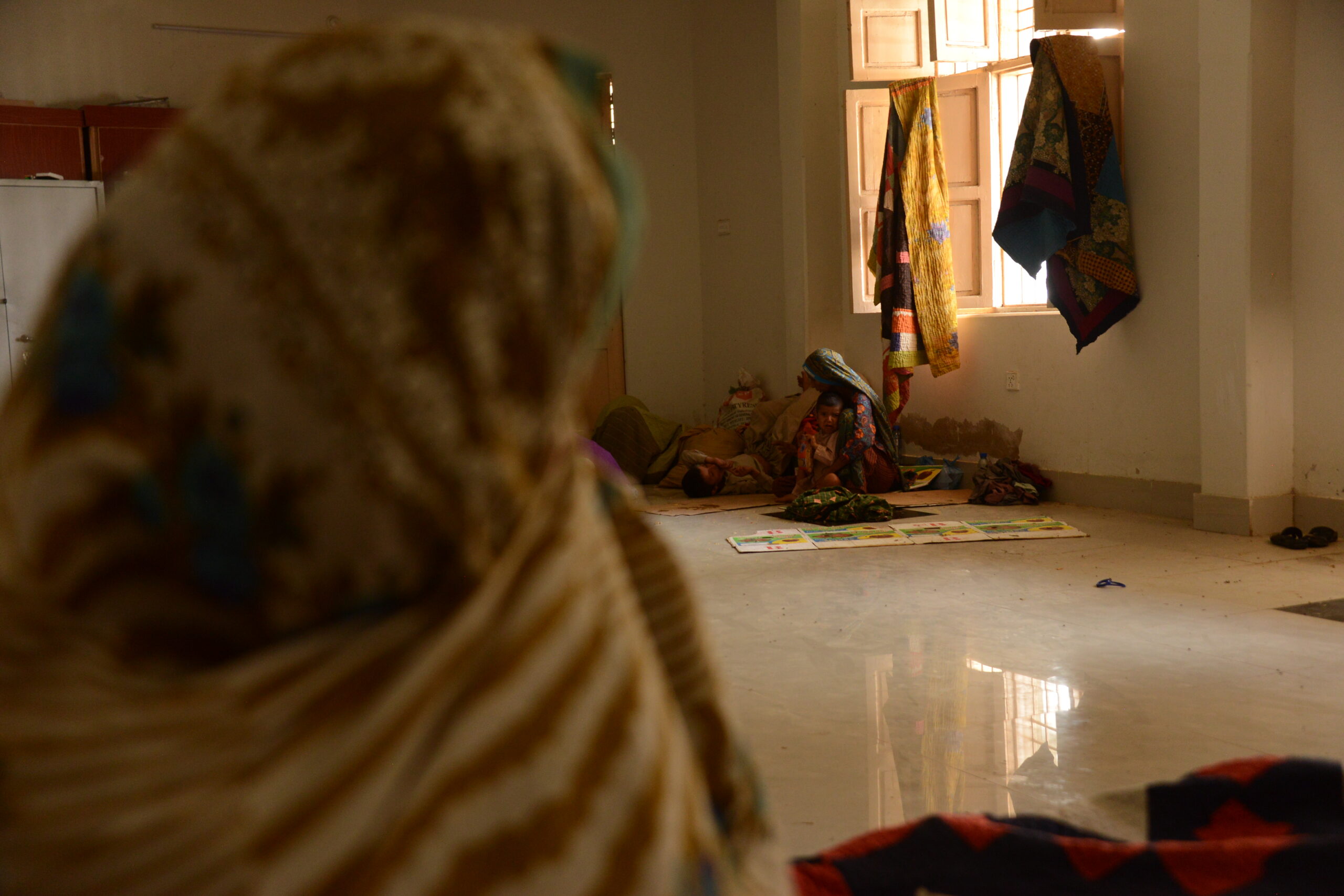 Nishida and her family were displaced by the monsoon flooding in Pakistan. Now sharing a room with 7 other other families, they wish to go home, but their house, garden, and livestock are all gone. Photo: CWSA

“We have never witnessed or experienced rains of this intensity before. Yes, this area has been flooded before and in 2010 we were displaced too, but it is nothing like what it has been this year. The water just won’t wash away or go down from our village. We are scared of rains now.”

As a twenty-eight- year old mother of three young children, Nishada worries for their safety and hers in this camp. There is no privacy for the family here; toilets are shared by everyone with no gender segregation. But more than that, she worries for the days ahead – she knows they do not have anything to support their family with.

Nishada yearns to go back to her village, her home. But there is nothing for them there. Their livestock and small garden, which were their only source of income apart from her husband’s occasional daily labour jobs, have also been washed away. Very soon, this displaced family is going to be out on the streets, looking to set up camp wherever they find dry land, without food, safe shelter or warm clothes and blankets in the upcoming winter.