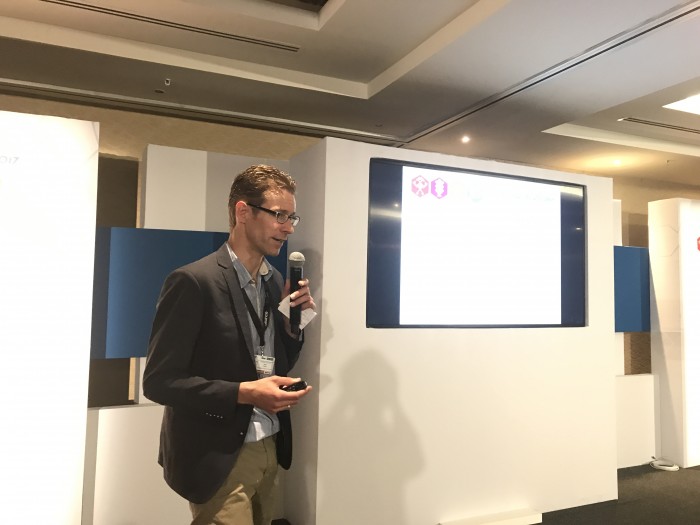 Jeroen Jurriens, head of the ACT delegation at GPDRR, working with interfaith participants to craft the FBO statement. Photo: Tamas Marki/Church of Sweden

The Global Platform for Disaster Risk Reduction was held in Cancun May 22-26, 2017.  The platform worked to move from the commitments made through the 2015 Sendai Framework for DRR to concrete actions to realize the commitments. The ACT Alliance delegation in Cancun showed how to put of words into action by sharing their concrete example of projects and actions resulting in change at the community level.

The FBO statement calls for meaningful and substantive engagement of FBOs in the implementation and monitoring of the Sendai Framework for DRR, and presents concrete proposals for engagement. Over the course of the Global Platform more FBOs joined and signed the statement, creating and mobilizing a network of organizations from different faiths.

“Faith drives people to take action, offers courage, comfort and hope. Faith contributes to the coping and adaptive capacities of many people and can be a powerful element in reducing vulnerabilities and, thus, reduce disaster risk,” the statement reads. “It is an integral element that needs to be taken into account in disaster risk prevention and reduction.”

The conclusions presented by the platform at the end of its meeting reference several issues that are close to the heart of FBOs, including  the need for more focus on local leadership and community action, continued monitoring and clear accountability frameworks.

ACT welcomes the emphasis on integrating the international agreements on disaster risk reduction, climate, sustainable development goals and humanitarian action. People in disaster prone and affected communities do not distinguish between climate, disaster, and poverty. So let us not do that at the international policy level.

The most concrete action point was the development of Loss & Damage data for all countries by 2020. ACT welcomes this idea, and will continue to push for action. The increased availability of data on loss and damage will have to result in increased investments and measures that will make a difference in the lives of people living in disaster prone areas.

“As ACT Alliance we are committed to continue working with other stakeholders, including mobilizing FBOs and expanded networks, to support the strengthening of resilience in communities,” said Jeroen Jurriens. “We should leave no one behind and make this world a more disaster resilient place! Cancun brought this vision one step closer again, and builds the way for new steps in the future. “