Advocating for Gender Equality at CSW62 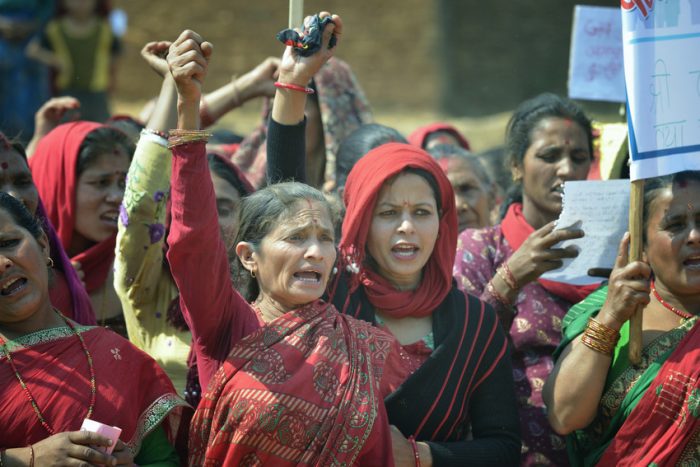 Women gather to celebrate International Women’s Day on March 8, 2016, in Dhawa, a village in the Gorkha District of Nepal. In the wake of the 2015 earthquake that ravaged the region, ACT member Dan Church Aid has provided a variety of support for villagers here, including support for efforts by women to better organize. (Credit: Paul Jeffrey)

With a delegation of our members from around the world, ACT Alliance is present at the sixty-second session of the Commission on the Status of Women (CSW62) that is taking place at the United Nations Headquarters in New York from 12 – 23 March 2018. The 2018 priority theme is, “Challenges and opportunities in achieving gender equality and the empowerment of rural women and girls”.

The ACT Alliance delegation is prepared to engage with civil society organizations and UN member states to continue to make progress towards gender equality.

Our members are rooted in the communities that they serve. They see first-hand how women have been victims of many layers of marginalisation based on their race, age, religion, sexual orientation, health, socioeconomic status etc.

ACT and other faith based organizations have an important role to play in challenging the existing power structures and barriers that perpetuate gender inequality in its various forms. “Gender justice is about all of us. Faith actors need to be part of the solution,” says Emilie Weiderud, Co-chair of the ACT Alliance Gender Equality and Justice Community of Practise.

ACT Alliance is committed to respecting, protecting and empowering the dignity, uniqueness, intrinsic worth and the human rights of every person. In doing so, ACT Alliance continues to address the structural drivers of gender inequality in legal contexts, and in socio-cultural norms and practices.

Making progress towards gender equality will require the mobilization of all people, at all levels, and for this reason, ACT brings the unified, constructive and progressive voice of its wide-reaching Alliance to CSW to ensure that faith-based narratives and perspectives contribute to the process of achieving gender equality.

ACT Alliance will host a side event with the Permanent Mission of Denmark to the United Nations and UNFPA during CSW. The side event aims to strengthen the visibility of faith voices in support for gender equality at CSW62. 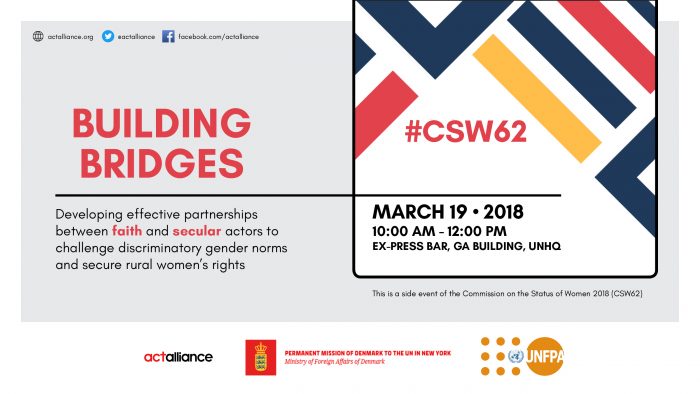