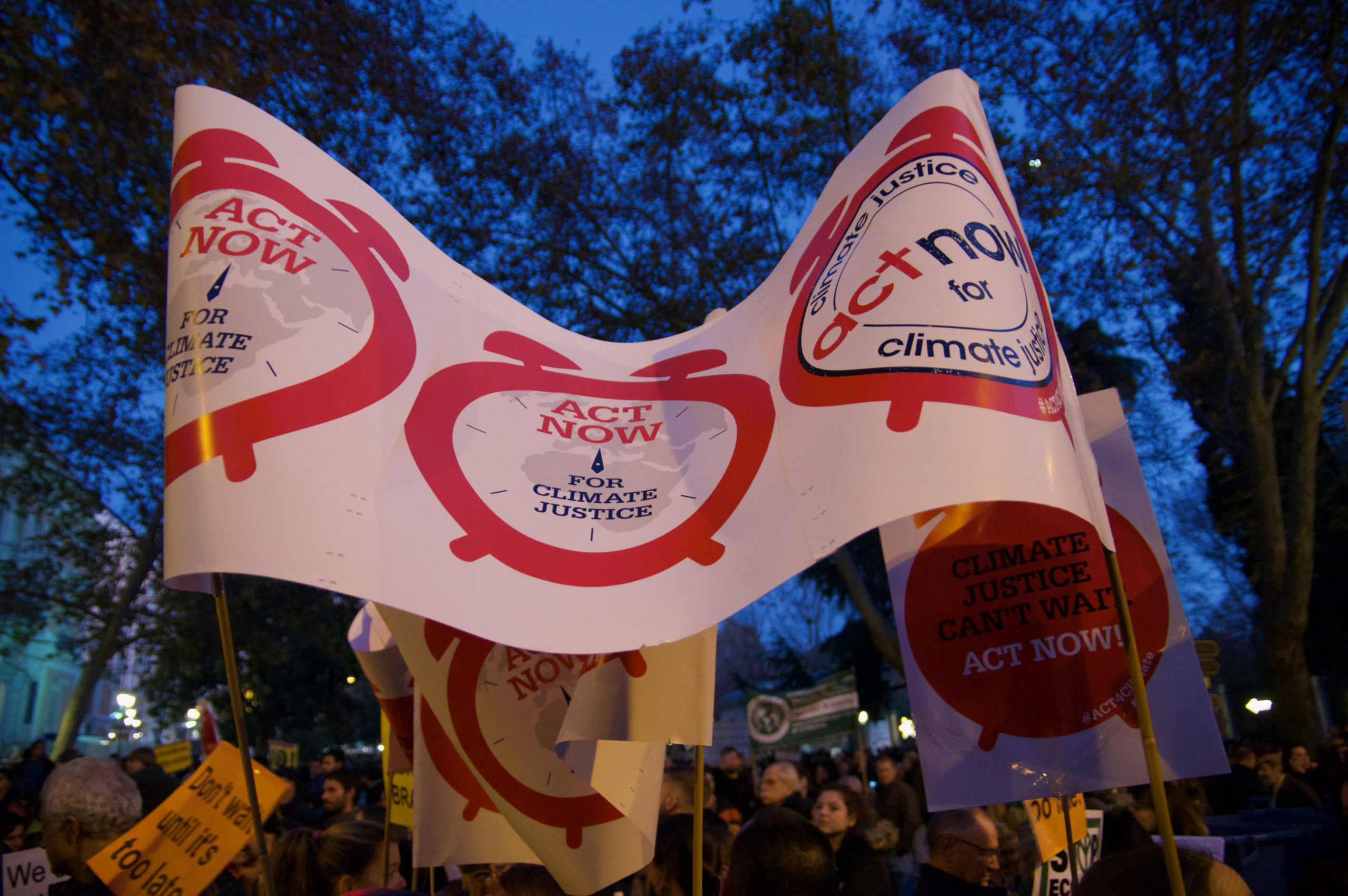 ACT Alliance at the Climate March at COP 25, the previous UN climate conference. COP 26 is this November 1-12.

Three recent climate reports point to the major climate challenges facing the world. The future looks dark, but there is still hope and opportunities for action. I would like to share my recommendations on what needs to be done, but first a look at the three reports.

In early August, the UN Climate Panel released the latest research on global warming. It has already been well covered in the media. It points out that climate change will have very serious consequences in the coming decades, and that countries must drastically increase their ambition to reduce it.

On Friday, September 17, two new reports were released showing how the countries of the world are trying to deal with these challenges. One report came from the UN Climate Secretariat, UNFCCC. They have looked at the climate plans that the countries of the world have drawn up and it does not look good. If all the plans come to fruition, global temperatures will rise by 2.7 degrees. Both the Paris Agreement and the researchers point out that the temperature should not rise by more than 1.5 degrees.

But there is still hope, and it is the first report, by climate scientists, that shows the way. It points out that it is still possible to reach the 1.5 degree goal and to deal with the climate crisis.

Here are my four recommendations for what to do:

The three reports are scary reading, but there is still hope. I hope all governments in the coming months take the climate more seriously, and act. When we move to the upcoming UN climate summit, COP26, we need world leaders to step up and show leadership.

Mattias Söderberg is Senior advocacy advisor for DanChurchAid  and is co-chair of the ACT Alliance Climate Justice Reference Group.