Will the good spirit from the climate summit in Paris deliver concrete results at COP22 in Marrakesh? 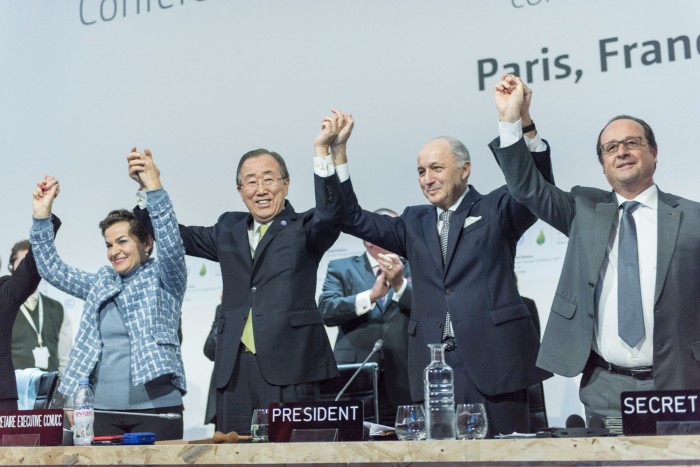 The Paris climate summit, COP21, last year was a success. We are now approaching the next summit, COP22, which will be held in Marrakesh in mid November. Will the positive spirit from Paris reappear in Marrakesh? And can the momentum be turned into increased ambition?

On one hand, there is momentum following COP21, and we can be encouraged by the quick ratification of the agreement, so that implementation can already begin. Experience from other UN agreements shows that ratification processes can take time, and drag out for years. However, this time, governments pushed the process forwards, and the agreement will enter into force on 4th of November. This will be celebrated in Marrakesh.

On the other hand, the quick process, and the success in Paris, puts pressure on governments. There are high expectations, and journalists look forward to reporting progress. But while the issues on the agenda in Marrakesh are important, they are also rather technical. Paris delivered an agreement full of commitments, goals and visions. Now these words needs to be turned into rules, procedures and concrete work plans. No doubt, these decisions will have an important effect for the implementation of the Paris agreement, but they are difficult to explain, and to present as a new success for the climate talks.

The Paris agreement had three important results, which also have implications for possible success in Marrakesh.

Firstly, the agreement is global, meaning that almost all parties have made commitments. This is an important outcome as it underlines that all countries must take part in a transformation towards a green and sustainable future. It also implies that all countries need to take action. Poor countries will of course depend on the support provided by rich countries, but still, all countries have commitments to fulfill. In Marrakesh this will be reflected in the negotiations, as parties need to agree on how commitments are to be monitored, reported and followed up. All loopholes must be filled, otherwise national commitments will have limited effect.

Secondly, the Paris agreement includes an equal focus on mitigation and resilience, including both adaptation and loss and damage. This is important, as previous agreements have had a bigger focus on mitigation. This means that commitments to reduce emissions must be combined with commitments to increase the resilience of communities and countries. Climate change is already a reality and we must all learn to live with the effects. Two of the expected outputs from Marrakesh are an agreement to promote capacity building, and progress on how to mobilize climate finance. To be credible, these outputs must be directly linked to the full agenda of the Paris agreement, meaning mitigation, adaptation and loss and damage.

Thirdly, one of the most important elements of the Paris agreement is a so called “ambition mechanism” which is developed to help parties to scale up ambition in the coming years and decades. This is crucial, as current commitments are far from sufficient. The ambition mechanism includes regular stock-taking sessions, where implementation of the Paris agreement, and recent scientific results will be assessed, with an aim to revise commitments. In Marrakesh these stock-taking sessions, including a first “facilitative dialogue” which will be held in 2018, will be discussed, so that all parties agree on how to activate the ambition mechanism.

In a few weeks time the summit in Marrakesh will open.

I hope the good spirit from Paris, and ratification process during the year, will be followed by fruitful negotiations, where parties, in cooperation, strive to ensure a high ambition and concrete results.