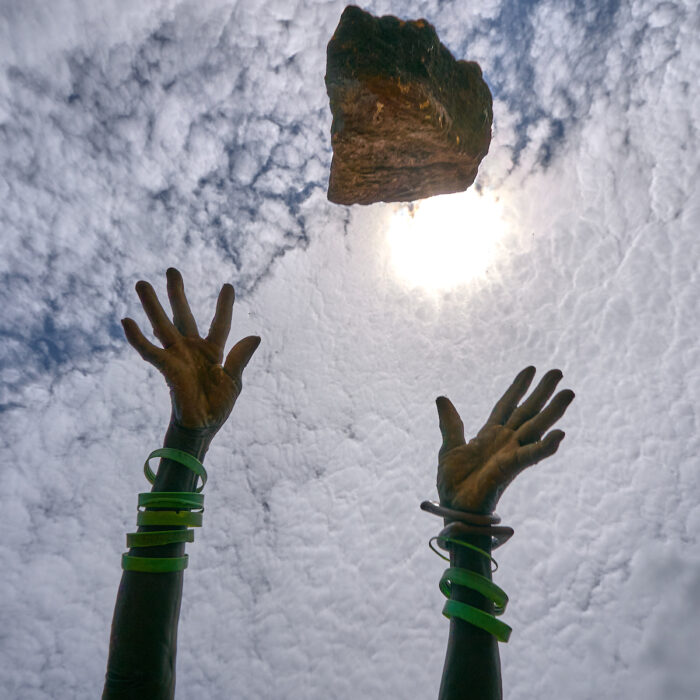 The new year presents an opportunity to analyse situations afresh and reassess the main priorities for the upcoming months. However, this is an uncanny period that reflects worrisome trends around the globe.

This week, world leaders are meeting in Davos at the World Economic Forum to discuss issues such as the care economy, climate finance, trade and financial inclusion. Oxfam notes that, despite the political rhetoric, ‘at least 1.7 billion workers live in countries where inflation is outpacing their wage growth, even as billionaire fortunes are rising by $2.7 billion (€2.5 billion) a day.’ These trends are increasing due to the effects of the war in Ukraine and the COVID-19 pandemic. In 2022, COVID and other crisis-profiteering created a new billionaire every 30 hours while many people faced extreme poverty.

In 2012 the Global Ecumenical Conference on a New International Financial and Economic Architecture organized by the World Communion of Reformed Churches (WCRC), World Council of Churches (WCC) and Council for World Mission (CWM) lead to the creation and publication of an Ecumenical Action Plan for a New International Financial and Economic Architecture (NIFEA) which promotes an Economy of Life for All and is endorsed by ACT Alliance.

A preceding NIFEA statement developed with Global South actors in São Paulo, Brazil states that ‘[c]urrent economic systems pose a profound obstacle to the justice and peace we need as one humanity for our life together, today and tomorrow.’ It adds that ‘[t]he pursuit of profit, when it is held up as an ultimate value in itself and when it becomes the purpose of life, is sinful.’ The endless thirst for profit is ‘spawning violence, inequality and climate change and obscures the vision of God for unity, peace, and plenty for all of God’s creation.’ This work calls for changes in the financial sector, sustainable and equitable public finance and debt, and inclusive and transformative global governance.

The work of ACT Alliance and its members

A recent briefing paper published by ACT Alliance on the intersectionalities between economic and gender justice affirms that ‘ACT understands economic justice as a set of principles around macroeconomic policies wherein the ultimate goal is to enable the realization of human rights and to create an equitable environment that ensures people and planet thrive. There is no economic justice without gender justice. Similarly, there is no transformative economic change if policies and actions are not human rights-based and/or connected (…).’

ACT Alliance member Christian Aid commissioned a collection of essays unpacking what a feminist, anti-racist, eco-social contract for people and planet would look like. These essays flesh out what a rights-based economy means, how to ensure bottom-up approaches, and how a transformative social contract can be realized.

ACT member Norwegian Church Aid produced a report in 2022 calling for a UN Tax Convention and exploring the merits and feasibility of a new international convention on tax and financial transparency. Similarly, Evangelische Kirche in Deutschland (Evangelical Church in Germany – EKD) published a report which was strongly supported by ACT member Brot für die Welt, calling for a complete overhaul of our current financial system.  The EKD report states that ‘[t]he financial scandals of recent times […] have clearly revealed the deficits in the financial economy’s understanding of responsibility, the deficiencies in their control through politics and the constitutional state, and the inequalities in the growing national and global economics.’

It is evident that the current global economic system and its governance structures reinforce a vicious cycle of inequalities by keeping political and financial power in the hands of a small elite. Religious discourses have been used to justify these inequalities and perpetuate violence, systems of privilege and structural exclusion. Meanwhile, the unfairness of entrenched inequalities is not only felt by those who are economically marginalised, but increasingly shared by ordinary people across the globe.

Our faith emphasises the shared commitment of caring for our common home together, with cooperation and solidarity rooted in justice, care and sustainability. States and world leaders meeting in Davos this week must move from an economy that exploits and makes care invisible towards fundamentally transforming the role of the economy: to set a direct path towards equality, sustainability, poverty eradication, and inclusive economic benefits.