[Blog] Reflections on climate change- from the practical to the technical 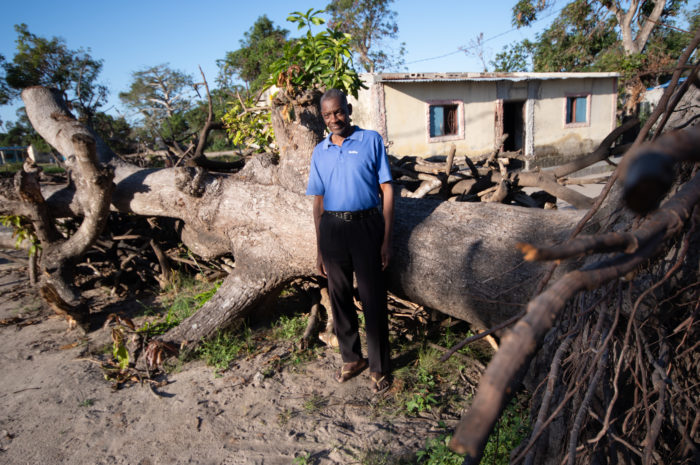 Jose Samuel Mandova, 76, rode out Cyclone Idai in his house as the roof threatened to blow off, flood waters rose inside, and trees fell outside. The next day, the landscape had changed so much that he got lost trying to find his own house. His visual impairment didn’t help, but the number of fallen trees made it difficult to get anywhere in the community of Inhamizua after Idai struck. ACT member CEDES provided food, water purification, and hygiene items to help Jose’s and 324 other families in the month after the storm. Photo: Simon Chambers/ ACT

Last night, I landed in Beira, in Mozambique.  I am here in solidarity with the people of this city and region who were devastated by Cyclone Idai in March of this year.  Idai was one of two cyclones to wreak havoc on Mozambique in March—storms that were exacerbated by climate change.

When I turned on the news in my room, the headline was about the “climate apartheid,” where the rich will buy their way out of the worst effects of climate change, and the poor will face the brunt of the impact.

I opened the ACT website and read a blog by my friend Håkon Grindheim, written from the Bonn climate talks, reminding us why the technical negotiations are so important.  “We are here because 45 million people are currently affected by severe drought in Eastern and Southern Africa and 40 million are affected by floods in Southeast Asia. We are here because of the aftermath of the wildfires in California and that of Cyclone Idai and Kenneth which ravaged parts of Southern Africa. We are here because of the heatwaves affecting India, and disappearing ice in the Arctic which is melting beneath our feet,” he wrote.

Last week, I posted a story from the Canadian Broadcasting Corporation on my Facebook feed highlighting Canadians’ concern about climate change, but their unwillingness to pay a tax of $9/month to combat climate change.

All of this is swirling around in my head as I prepare to visit neighbourhoods here in Beira and communities in the nearby districts of Buzi and Nhamatanda in Sofala province, and to visit Zimbabwe next week to visit sites also affected by Idai. 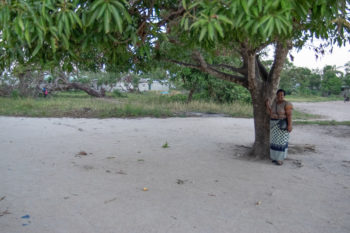 Christina Jossias is the local minister in Inhamizua, Mozambique, and was instrumental in supporting vulnerable families during and after Cyclone Idai, working with ACT member CEDES to ensure that 325 vulnerable families received food, water purification and hygiene support in the month after the storm. The church in the community lost its roof and rear wall, so she led the community in worship under a nearby tree on the first Sunday after the devastating storm. Photo: Simon Chambers/ACT

I am thinking about the work that we do as ACT, in communities, working alongside those who are facing the brunt of climate change.  Work on loss and damage, adaptation, and mitigation (all technical terms used in the climate negotiations) is happening within ACT members and the communities they serve, as well as in our advocacy which is tirelessly calling for the needs of the most vulnerable to be met, and for those who have done the most to cause climate change to contribute proportionally to the global response.

My own task is to be something of a bridge between the work I am documenting here in southern Africa and the work ongoing in Bonn, and that will be continued at COP25 in Chile this fall and through the time in between.

My goal at the end of it is that we all, as the human species, as children of God, work together to limit global temperature rise to 1.5C and that through that work we always remember the needs of the most vulnerable first.

Please join me in working towards that goal! 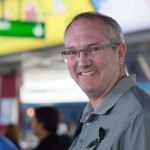 Blog by Simon Chambers, Director of Communications for ACT Alliance