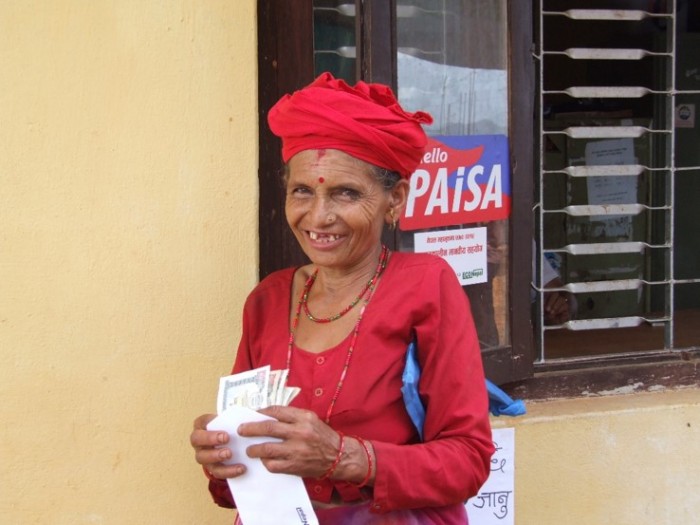 Once you’ve seen it, you’ll never forget: that look on the face of a poor man or woman after a disaster, having just received cash in their hands. Not a bucket, nor a bag of flour, or a blanket, but cold, hard, cash. The power to choose. The right to use on anything you want. Not help, but the ability to help oneself. Money carries two messages at once; both ‘we care, and we’re trying to help,’ but also ‘We trust you. We know that you’re in a better position to prioritize what you need than we, the helpers, do. And we’re going to share our power.’

Just one year ago I was in Nepal following the earthquake, leading ACT Alliance’s joint response program. There I had the privilege to see a woman receiving money on her phone for the first time, and the joy that spread across her smiling face has since carried me through countless hours in front of excel spreadsheets and proposals, trying to remember what it’s all for. Cash is here, and it’s growing. I’m proud that the ACT Alliance is supporting the call for more cash programs as part of the lead up to the World Humanitarian Summit.

But why has it taken so long? Cash transfer programming still accounts for only 6 percent of overall humanitarian assistance. Six percent! Even though we have known for at least five years that it should be perhaps ten times as much. As early as 2010 Professor Peter Walker stood at the DanChurchAid Copenhagen Cash Conference and summed up the shared view of the distinguished attendees, including the Danish Minister of Development: we are paternalistic. We are afraid. We are reluctant to give up control and power, and simply hand over cash, even when we know that it’s more efficient. We need to do more cash, and do it at scale, with a special preference for cash without any conditions or strings attached. It wasn’t until 2015 that a DfID-sponsored ‘High Level Panel on Cash’ reached the same conclusions, a full five years later. What’s taking us so long, and how can we get more money in the hands of conflict and disaster-affected people, now? Is there an opportunity?

Last week I attended my first global members event of the Cash Learning Partnership (CaLP), where I’ve just joined the board of Directors. CaLP is stronger than ever. The membership and interest in CaLP are exploding, and now both UN agencies like WFP and private sector financial service providers like Red Rose and MasterCard are also on board. And there’s reason to believe in many crises cash is not only the best option, it’s our only hope. With needs and refugee caseloads expanding far faster than donor resources, the Grand Bargain report on Humanitarian Financing has concluded that humanitarians must deliver aid more efficiently. Decades of research from around the world, has demonstrated that the transformational power of cash goes beyond greater flexibility, dignity, and security; it’s also a heck of a lot cheaper than in-kind assistance. 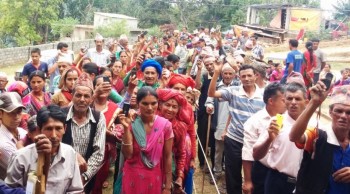 As the ACT Alliance heads to the Istanbul World Humanitarian Summit, we just might have a chance to speed up the pace of change. The ACT Alliance has been an early champion of cash transfer programming, and I’m proud that DanChurchAid has been amongst the first agencies to expand our skill in cash and the scope of our cash programs, including providing training and toolkits for dozens of ACT Alliance members. The ACT Alliance Leadership is on board too, and is committed to supporting the agency of people by substantially increasing the proportion of our humanitarian investment to cash transfer programming. We will also share learning across the ACT Alliance network on best practice in cash approaches, and increase capacity-building on cash for local and national partners.

So I am optimistically skeptical about our chances for fundamental changes to the International Humanitarian System at Istanbul, and skeptically optimistic about the prospect for a global shift to cash transfer programming, through the efforts of the ACT Alliance, CaLP, DCA and hundreds of other organizations. Skeptical because I know that the barriers to change are huge, and that the institutions I am so inspired to be part of are only a small part of the vast and fragmented zoo of agencies that’s scrambling to keep up with needs. Skeptical because rights and interests of conflict and disaster-affected people often feel so far away from the senior level meetings that take place in capitals. Skeptical because it’s taken us so long to get where we are now, which is only 6 percent of overall aid.

But I’m hopeful, too, and even optimistic about some developments. It feels like the call for change is finally breaking through some of the barriers. And if we can address some of the thornier questions around cash – like coordination of cash within and across the clusters – then there’s a good chance that we can double or triple that six percent in just a year or two. I’m hugely optimistic about the transformational power of technology, and I’ve seen first-hand how rapidly it’s revolutionizing the countries where we work. The potential to link these devices to cash (and to SMS, and complaints handling, and needs assessment) is absolutely revolutionary. And I’m hopeful because answering those pesky questions with evidence and reports – ‘won’t they just spend the money on cigarettes and alcohol?’ – are increasingly rare, as more people are learning that we know the answer to this question (no, they won’t), and that to think of the world’s conflict and disaster affected people in an ‘us/them’ paradigm is just so 1990’s.

Together we cannot just witness the transformational power of cash conflict and disaster affected people, we can help drive that change. 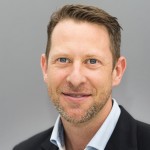 Erik Johnson is Head of Humanitarian Response at DanChurchAid, a member of the ACT Alliance. He started his humanitarian career in West Africa and the Middle East before joining DanChurchAid in 2005. He tweets at @ethomasjohnson, and blogs at http://ethomasjohnson.blogspot.dk/