As a child, I had a book called “The Girl No One Wanted” and it told of the disappointment of a girl’s parents when they got a daughter – and not a son. Luckily, the parents ended up loving her as much as her brothers. But she did not have the same opportunities as them in the society she grew up in. Unfortunately this lack of opportunity is the reality for women and girls in most places.

I was born and raised in Bangladesh, I have lived in the Philippines, in the UK, in Zimbabwe and in Norway. All different locations, but one thing is true for all of them: gender justice is not yet fully realised in any of these places.

Gender injustices affect many groups and individuals. But the biggest one is half of the population – namely women and girls. And those are who we are celebrating today on the 8th of March, International Women’s Day. 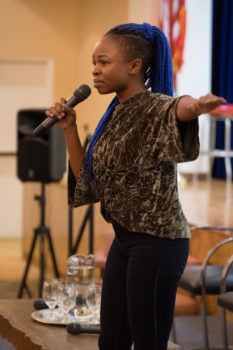 The world we see

The world is not fair.  And that is why ACT is scaling up its gender work today.  That is why ACT members have been working for years with communities, individuals, local organisations and religious leaders to fight gender injustice. We are challenging governments and other authorities to change laws and regulations to make sure that all people, especially women and girls, can realise their rights and live good lives. 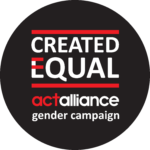 Created Equal, ACT’s gender campaign, is not starting from scratch. It is a continuation of all the work that is already going on.

In Eastern Africa, FECCLAHA, is spearheading the Tamar Campaign which seeks to equip and challenge churches to break the silence on Gender Based Violence using contextual Bible Study methodology.

In Armenia, the World Council of Churches Armenia Round Table Foundation, is supporting computer literacy and internet classes for youth and women, aimed at improving their ability to find jobs and to improved access to information and communication means.

In Brazil, Diaconia is training church leaders on Transformational Masculinities based on the principles and sacred texts of world religions that value the well-being and equality of all human beings. 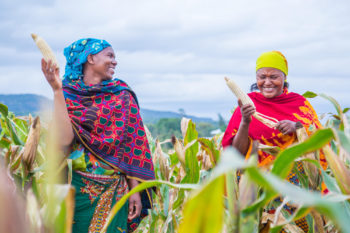 In ACT we want to see a world where girls are always wanted, and where they through their adolescence, adulthood and old age enjoy the same rights and possibilities as their male counterparts. If we achieve progress in any area, be it economic, social or any other, we have only come so far if the progress only benefits half of the population.

Today we are celebrating all women. Tomorrow we will roll up our sleeves and continue our journey together on the path towards gender justice.