Heavy snowfalls, a deep freeze and powerful blizzards in the south and east of Romania affect approximately 40,000 people, causing the deaths of many elderly people by hypothermia 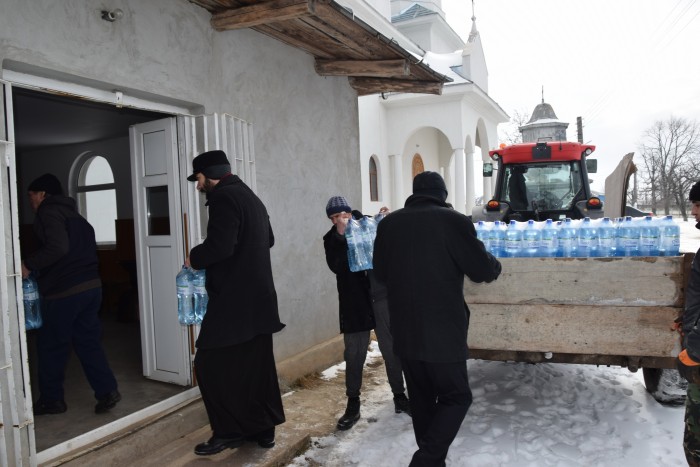 A cold snap hit Eastern Europe in early January 2017 and Romania has been one of the worst affected countries. The severe weather has affected the poor farmers and other people living in the area. Along with the economic impact of the weather, many people experienced the emotional trauma of seeing their homes buried in deep snow, with access roads to neighbouring villages blocked.

ACT member AIDRom’s Emergency Unit has coordinated its efforts with local authorities and the Orthodox Church parishes in responding to the crisis by providing food, water and family hygiene kits to those who are suffering.

The small village of Corni from Galati County is one of the communities receiving assistance. When AIDRom arrived in the area with the truck loaded with food and water, the access road to the village wasn’t totally cleaned yet, so it was impossible for the large truck to reach the village.

The Regional Farmers’ Association offered their help to unload the truck and to carry all of the goods across the hills surrounding the village with their farm tractors and trailers. They used alternative routes known only by them. With their help and solidarity it was possible to reach the village and store food in the local church community house, where the distribution started in the following days.