Congratulating the winner of the ACT DRR-CCA Good Practice Award 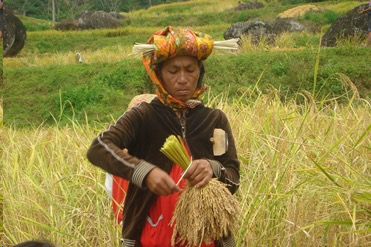 Farmers in Indonesia have learned to reap more rice with less seed through the System of Rice Intensification (SRI) training they received as part of their disaster risk reduction work. Photo: Pusbinlat Motivator-GT

Recognizing the unprecedented challenges to human well-being and safety posed by climate change related disasters, ACT Alliance is working actively to minimize the impacts of disasters through prevention, mitigation, and preparedness programs in over 100 countries. We are rooted in communities, where we assist people in identifying their risk, resources, and capacity to cope with the disasters.

The ACT DRR-CCA (Disaster Risk Reduction- Climate Change Adaptation) Award is awarded each year by ACT’s DRR-CCA Community of Practice (CoP) to an ACT member who has shown innovation and best practices in a programme over the last year.  The ACT Award winner is named during the Global Platform on Disaster Risk Reduction, taking place in Mexico now, which reviews the progress in the implementation of the Sendai Framework on DRR (SFDRR) which was adopted in March 2015 in Japan. The CoP is showcasing the unique role of Faith Based Organizations in DRR and is promoting locally-led DRR-work during the Global Platform. The winning organization has been invited to the Global Platform for DRR to present the project’s achievements to the public.

The winner for the 2017 ACT DRR-CCA award is the Lighthouse Project in Indonesia by Pusbinlat (Training Centre) Motivator GT, a partner of Bread for the World and Diakonie Katastrophenhilfe. The project  successfully  increased the community’s awareness of the potential negative impacts of climate change on their livelihoods and steps which can be taken to adapt capacities, increase resilience and reduce poverty such as:

Today the ACT Award winner will present the project in the central hall in front of the main entrance of the Global Platform conference, putting ACT Alliance and Faith Based Organisations right in the spotlight!

Follow the ACT Alliance delegation on twitter during the Global Platform for DRR 2017 in Cancun, Mexico and share the power of faith in reducing risks to disasters! 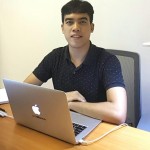