A farmer from Ahmednagar District of Maharashtra, India cried in full public view uncontrollably on November 24, 2019.  He said crying helplessly “I had to employ laborers and pay them to pick up onions from the field in the midst of rain.  Sharing his ordeal, he said how will I meet my own family’s need if I get the ridiculous price of 8 Rupees per kilo after all the investment of time, energy and money?  I invested all that I had in the crop and now I am left with nothing”.

After facing three consecutive droughts in Maharashtra, the farmers were ready to harvest a reasonably good winter crop. But an unexpected rain dashed all their hopes.

India, particularly Central India, is facing the havoc of an unexpected cycle of drought and flood at unexpected times and degrees.  Small and subsistence farmers at the bottom of the pyramid of the social system are the most heavily affected by this.

Climate change is proving to be a huge factor adding misery to the farmers, on top of the systems and structures in Indian society that are oppressive to them, and the apathy of officials to change policies to improve their situation.

The farmer who cried is not alone.  He is one of thousands of farmers who strive to produce the crops that feed’s the country’s population and who are in severe stress due to climate change.  According to the data released by NCHRC, 11,379 farmers committed suicide in India in 2016. That is 31 suicides every day. 948 every month.  Over 15,000 farmers committed suicide in Maharashtra from 2013 to 2018 according to RTI and a further 392 in just the first two months of 2019.  Do the lives of these farmers, who are the backbone of agriculture, not matter?

Every year we meet for the COP to discuss and deliberate in detail the cause and effect, the methods and systems to stop climate change. But between each COP thousands of lives are lost due to climate change.

More and more reports and more and more evidence prove that climate change is causing loss of life on our planet.  If we conquer the whole world with our knowledge, wealth, and technology but if we do not have food, how can we survive? Agriculture and food production is the basic pillar of society and if it is destroyed how we would take forward human life?

Once the male farmers commit suicide, their wives are forced to fend for themselves– including paying any debt and having full responsibility for the family passed on to her.

For all the global citizens and farmers around the world, climate change is real and a critical catastrophe.

Let’s work on ways to quickly, justly, and effectively fix this.  Spain’s taking on the hosting of COP can be an inspiration to solve the climate crisis as it sprung up as a quick solution and an alternative to Chile.  This proves if we want to do something to protect our planet we can do so.

So let’s not wait for COP after COP, but stop all climate deaths here and now and save the agriculture sector and the farmers and lives affected by climate change. 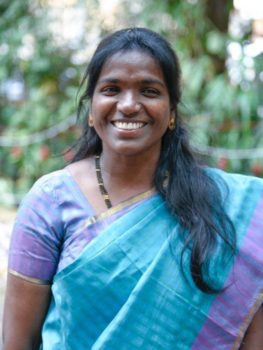