[COP25 Blog] Prioritizing gender equality, adaptation and support for the most vulnerable is key to addressing global inequality

Never before have the impacts of climate change been better understood. Two reports recently released by the Intergovernmental Panel on Climate Change (IPCC) highlight the tremendous risks to livelihoods, biodiversity, human and ecosystem health, infrastructure, water resources and food systems due to additional stresses caused by climate change[1]. In 2018, world hunger and malnutrition rose for the third year in a row, largely due to the increasing impacts of climate change[2]. In the poorest and most marginalized communities, these impacts are already making life more precarious for millions of people.

The impacts of climate change are not experienced equally. Women in developing countries, whose livelihoods are dependent on the land, are among the most vulnerable. When I met Veronica Bukwimba, a small-scale farmer in Tanzania, she could explain this to me all too well. “The rains are increasingly erratic and unpredictable” she said, “making it extremely difficult to know when to plant.” She also spoke of new pests that she had never before seen in her area. 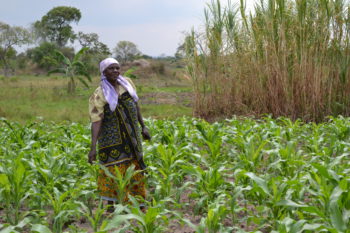 As a female farmer and a mother of ten, Veronica is no stranger to hard work. She knows that as a woman, she spends more time on farm labour and caring for the family and household than her male counterparts. She also lacks the resources, access to information, and decision-making ability that would enable her to flourish. Now, with increasingly unreliable rains, Veronica’s load is magnified, as she must carry water to irrigate her fields. Veronica is just one of the millions of people in developing countries who are already struggling to deal with significant changes in rainfall, storms and temperatures.

With access to sufficient resources, women like Veronica can not only adapt but thrive in the face of climate change. A report by the Food and Agriculture Organization[3] stated that if women farmers had the same access to resources as men, the number of hungry people in the world could decrease by 150 million, highlighting the transformative potential that support for women’s adaptation could have. In Veronica’s case, ACT member World Renew, as a member of the Canadian Foodgrains Bank, worked with local organizations in Tanzania to train her in conservation agriculture—a low input farming method that improves soil conditions and allows crops to thrive in variable conditions.  The United Nations Environment Program estimates that US$140 to US$300 billion will be needed annually by 2030 for adaptation alone, highlighting a growing gap in funding for climate adaptation.

COP25, the United Nations climate change conference happening in Madrid, is a crucial opportunity to increase support for adaptation, which prioritizes women and those most vulnerable to climate change. As developed countries deliver on their 100 billion USD promise to developing countries by 2020 and plan for a new 2020 finance goal, it is imperative they commit to contributing their fair share.[4] This includes at least 50% of finance dedicated to helping people adapt to the impacts of climate change, and additional funds allocated toward loss and damage in situations where it is too late to adapt.

To ensure climate finance supports the most vulnerable, it should be additional to existing Official Development Assistance (ODA), so as not to divert funds from other aid priorities. It should also be grant-based, rather than loans. Providing adequate support to the Green Climate Fund, the Adaptation Fund, and the Gender Action Plan is crucial to addressing these issues.

Those who have had the least responsibility for causing climate change are bearing the brunt of the impacts. Through climate financing that prioritizes gender equality, adaptation and support for the most vulnerable, we can begin to address the growing issue of global inequality and enable women like Veronica to flourish. 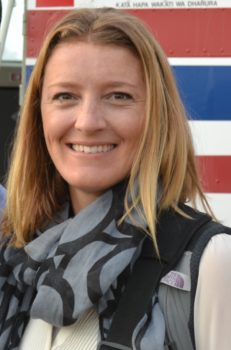