COP27 Blog: Gender seeks a place at the table 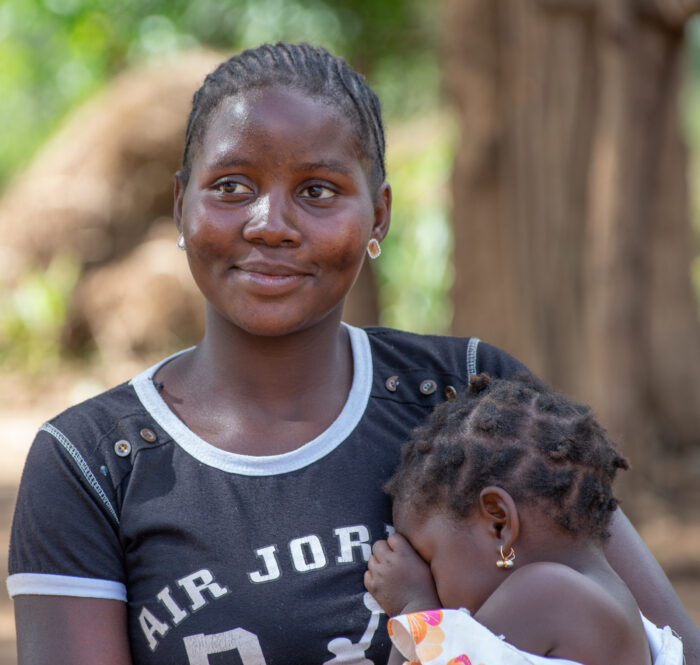 Greater decision-making power and access to information could help African women like Joaquina Jose and her child respond more quickly to climate-induced disasters such as Cyclone Idai, which swept through Mozambique in 2019. PHOTO: Simon Chambers/ACT.

At COP27 world leaders are gathered, most of them in dark suits and ties, to negotiate commitments and expected climate actions. Despite the ambitions written on paper and the hours spent in serious discussions, the conclusions are often not enough for those suffering on the frontline of the climate emergency. Leaders from the most politically powerful countries often work to water down agreements and prioritise individual rather than collective interests.

Under the same roof, most often on the margins, youth, women, people representing vulnerable communities, Indigenous peoples and representatives of island nations are telling stories of the lived realities of climate and gender injustice and calling for action.

Their stories are similar to the one shared below by Sostina Takare, coordinator of the ACT Zimbabwe Forum.

Sostina met a young girl who survived Tropical Cyclone Idai, which devastated Mozambique, Zimbabwe, and Malawi in 2019. The girl’s mother and young siblings all died in the flash flood following the hurricane. She and her father were the only survivors. The girl, her mother and younger siblings had been caught by surprise when the hurricane first hit their home.

She went looking for her father who had gone out for the evening to meet friends at a bar. The rest of her family waited at home for them to return. Meanwhile the storm got worse, and when the flood arrived, did not have time to escape. However the men in the bar and the oldest daughter were all able to find a safe place. They had been warned of the worsening storm and the risk of floods.

In a condensed way, the tragic loss experienced by this young girl is a clear illustration of how gender discrimination contributes to vulnerability. According to UNDP the risk of dying in a natural disaster is 14 times higher if you are a women or girl than if you are a man. Those hardest hit by climate injustice are often youth, women, and people representing vulnerable communities.

African women and girls launched their collective demands before COP27 because of situations like the tragic story described above. They know that if the family’s’ mother had the power to make decisions, she would not have stayed at home waiting for her husband to return. With greater decision-making power and access to information, she could have saved her own and her childrens’ lives by seeking shelter in time.

The African women who are making COP27 demands do not ask to be saved by others. They ask for equal voice and influence. They request that women and youth, those who are hardest hit by the impacts of a changing climate, have a place at the decision-making tables. Only 34% of COP26 committee members were women. At the G7 Summit in 2021 only one woman was among the decision makers. According to UN Women more than 150 countries still have laws that discriminate against women.

Women and girls want to be part of the core discussions. They want to contribute to solutions for equitable energy transition, climate finance, land rights, compensation for loss and damage, and just technology with intersectionality and interlinkages across all climate and development work streams.

As people of faith just gender relations are essential for the transforming renewal of church and society. We are called to build just communities for all. This is why Act Alliance supports the UNFCCC’s Enhanced Lima Work Programme on Gender. At COP27 we really want to see nice words translated from hope into action!

Margareta Koltai is the Policy Adviser for Climate Justice at Act Church of Sweden.  She is at COP27 this week.