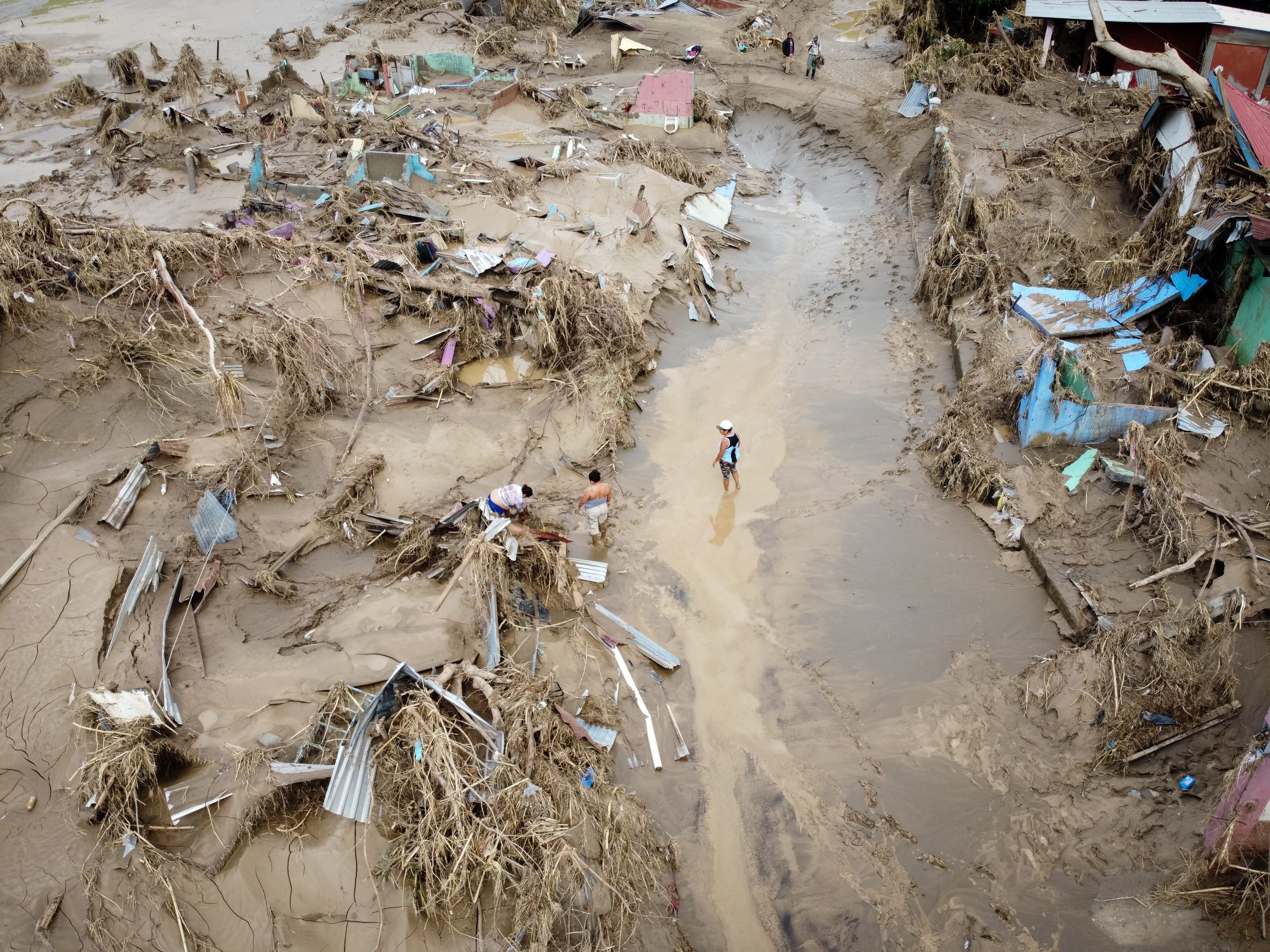 Loss and damage due to a changing climate has a huge impact on the most vulnerable communities, such as this one in Honduras following a tropical storm. PHOTO: Sean Hawkey/ACT.

In political speeches, climate change is portrayed as an urgent existential threat, one that leaders are working on. In reality, emissions have rebounded following the end of COVID-19 slowdowns, most of the world’s vulnerable communities have not received any support for adaptation, and the victims of climate-induced loss and damage are still without compensation.

ACT welcomes the negotiations at COP27 in Egypt that are oriented to ‘practical implementation.’ Limiting climate change below 1.5 Celsius and respecting human rights requires transformational change, and that comes with a price tag. Practical implementation cannot be discussed without touching on the issue of climate finance.

The first urgent issue concerns financial flows. According to the Paris Agreement, all financial flows should go towards solving the climate crisis. But many countries still have a plethora of subsidies for fossil fuels. Any investment in renewables is still overshadowed by those in fossil fuels.

Most financial investments in climate action take place in developed countries and the growth hubs of Asia. But creating opportunities for developing countries to access financial flows is important. To do that we must map potential sources of innovative climate action finance.

Secondly, along with market-based solutions, parties need to honour existing funding commitments. The pledge by rich countries to mobilise USD 100 billion for climate action in developing countries by 2020 has not been met. Unfortunately, the bulk of this financing comes in the form of loans, not grants.

Turning climate change into a business opportunity is lucrative for donors but has resulted in an unjust state of affairs. Marginalised communities and those living in poverty bear the brunt of climate change impacts, and they have not received support. Donors also favour mitigation, which leaves the world’s most impoverished communities more vulnerable to climate change. The promise made at Glasgow’s COP26 to double the money for climate change adaptation needs practical implementation, and soon.

A new collective quantified goal should be negotiated before the USD 100 billion climate finance pledge comes to an end in 2025. This goal should be based on the real needs of the most vulnerable. As well, the foundational flaws of the previous goal, including vague definitions and transparency issues, should be sorted out.

As pressure grows, should polluters pay?

Finally, the pressure to provide loss and damage finance has increased tremendously. Science is unequivocal on the matter. Due to sluggish progress in curbing emissions, loss and damage increases as human and natural systems reach their adaptation limits.

Negotiating loss and damage compensation touches upon the controversial issue of compensatory climate justice. Should polluters pay for the economic and other kinds of losses that climate change brings about? The crux of the matter is that the international community needs to find ways to provide financial support for marginalised and impoverished communities who endure the calamities of the climate crisis.

A solid starting point for goal-oriented discussions would be that climate change has daily negative consequences for vulnerable communities and that existing financial arrangements cannot tackle the scope and urgency of their needs. New and additional resources are needed to avoid growing inequalities and to respect human rights.

Niko Humalisto co-chairs the climate advocacy group of ACT Alliance. He is a docent of social geography and leading advocacy specialist at Felm in Finland.The trail of his thoughts on circular economy and climate policy can be found from Research Gate (https://www.researchgate.net/profile/Niko-Humalisto-2).