COP27: The struggle for climate justice 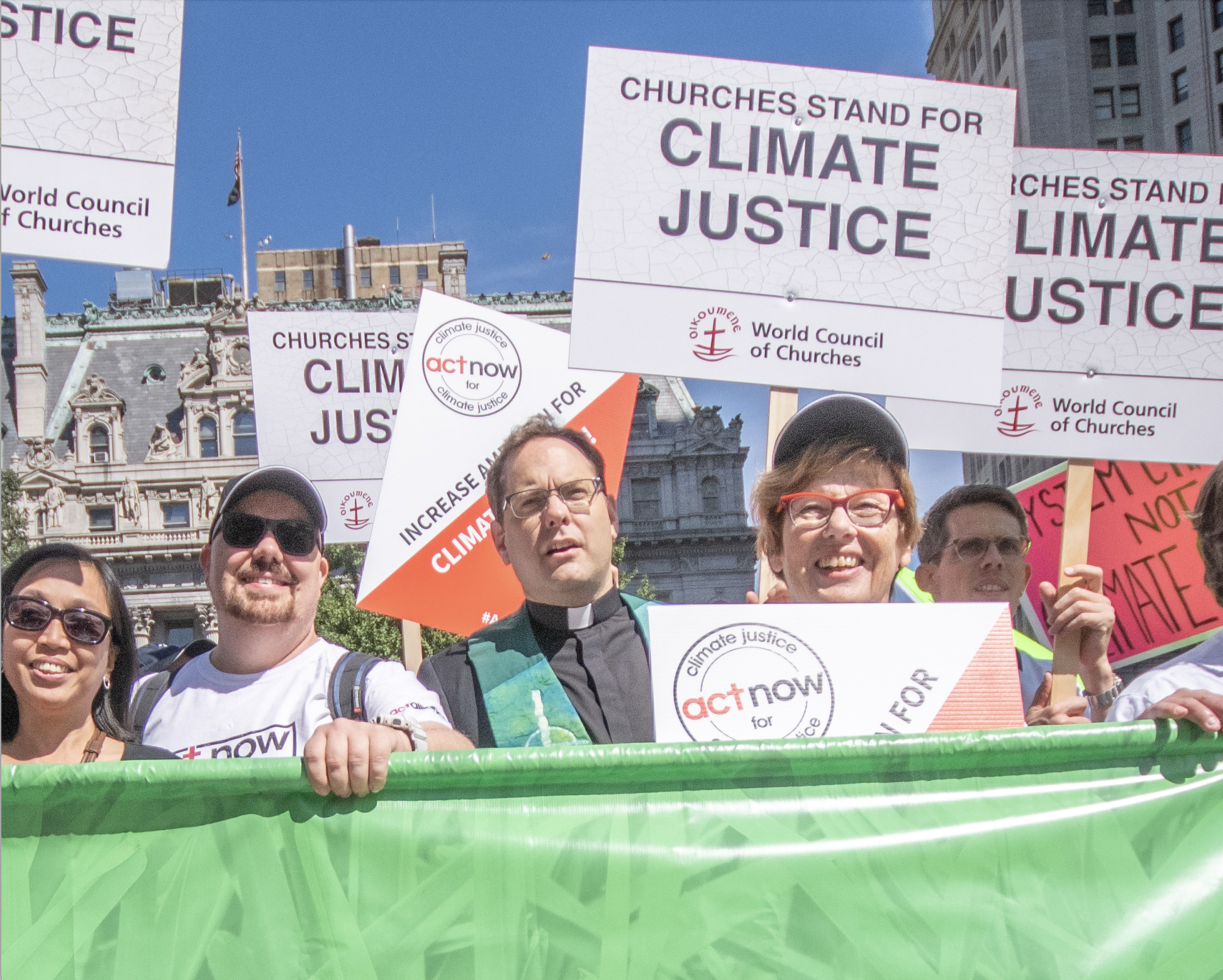 COP27, the UN climate conference, begins November 6 in Sharm el-Sheikh, Egypt. Known as the “African COP,” it is a chance for negotiators and countries to follow through on the major commitments they have made at past COPs. Those include maintaining global warming below 1.5 degrees Celsius and releasing desperately needed financing from developed countries to the most vulnerable populations in the world.

Members of the ACT Alliance, a global network of churches and agencies who work with vulnerable communities in humanitarian response, development and advocacy work, will be at COP, as they have been for several years. They will follow the negotiations, speak to their own country’s negotiators about climate justice, and host events to draw media attention to urgent climate justice issues.

What is climate justice? For ACT members, who belong to grassroots communities around the world through their churches, climate justice is an issue of global equity rooted in faith. “In everything, do to others what you would have them do to you. . . .” says Matthew (7:12), and “Love thy neighbour as thyself.” (Matthew 22:37–39). These sentiments are common to many faiths, and indeed, ACT works with other faiths and with civil society organisations to promote climate justice.

Justice in this case recognises that those most affected by a changing climate are among the most vulnerable countries and peoples – especially women and Indigenous – in the world. They have contributed the least to climate change but have already lost and continue to lose trillions of dollars because of it. They are being pushed ever deeper into poverty. Yet the developed nations of the western world have created most climate change emissions during the previous three centuries of their industrialisation. Climate justice recognises this disparity in cause and effect and works to redress the imbalance.

A major focus of ACT Alliance and its members at COP27 will be to secure adequate climate finance for vulnerable nations and their people. We want the wealthier developed nations to commit to adequate financing for adaptation and especially for loss and damage. We want to ensure that these funds reach the most vulnerable communities in the most affected nations. Women and girls in these communities have seen little of the funding currently available yet they are the ones most affected by the impact of the climate crisis. “Because of deforestation, because the water table is dwindling, the burden on women is much higher,” says Dawit Beza of the ACT Ethiopia Forum. “Where it once took 20 minutes for a woman or girl to fetch water, it might now take an hour.”

Loss and damage in vulnerable communities includes loss of land, livelihoods and, when communities are uprooted by damage, the loss of intangibles such as culture and community, landmarks, geography and memory. The things of the soul. Developed countries cannot ever fully compensate these losses, but we can ease the transition for those who have lost everything and for those who struggle to adapt to climate-induced change.

Housing, settlement and legal status in new communities if abroad; the goods needed to earn a livelihood; boats, tools and land — these are the basics of rebuilding. Policies that allow those displaced by climate change to seek safe refuge. All will require funding or financing, and this funding should allow communities to organise and implement the many good ideas they already have.

Realistically, each COP presents a struggle. There is a range of participants. People of faith and civil society must contend with the interests of the oil and gas industry and of emerging countries that belong to the G20. They are among the biggest emitters but deny their responsibilities.

Working in solidarity with other faiths and with civil society organisations committed to climate justice, ACT has had an impact. Loss and damage financing is now on the COP27 agenda, although it has taken a huge, concerted effort by civil society organisations, negotiators and ACT members, even over this weekend, to get this far. There has been and still is tremendous resistance from developed and middle-income countries – especially those who are strong polluters – to discuss financing loss and damage to the extent that is necessary. This is what we mean when we talk about “agenda fights” at the COPs.

As much as it is a struggle, it is a good one, and one our faith has prepared us for; we need only think of David and Goliath. ACT brings the voices, experiences and needs of vulnerable communities in vulnerable countries, primarily in the Global South, to the halls of power where decisions on the future of the world, decisions that will affect us all, are made.

ACT amplifies the voices and needs of women and girls in rural areas who must travel three times as far for water due to a changing climate; fishers whose catch has diminished due to warming oceans; small scale farmers struggling with a lower water table; people and whole populations like those from the small islands on the move due to climate-induced disasters; Indigenous peoples who struggle to maintain language and culture in the face of colonisation; the disabled, those living in poverty and the marginalised.

We may be limited in our numbers at each of the COPs, but our commitment to justice, to amplifying the voices of the marginalised, and to challenging unjust power relations is outsized. We make a difference, just as your support for climate justice makes a difference.

Cornelia Füllkrug-Weitzel is the ACT Alliance Goodwill Ambassador for Climate Justice. Dr. Füllkrug-Weitzel was President of ACT Alliance member Brot für die Welt from 2000 until February 2021 and active in the World Council of Churches (WCC) and the Lutheran World Federation (LWF).  She is a member of the German Council for Sustainable Development, the Sustainable Development Goals Commission of the German Ministry of Economic Cooperation and Development (BMZ) and the Development and Peace Foundation (sef:).