Egypt: much more than COP27 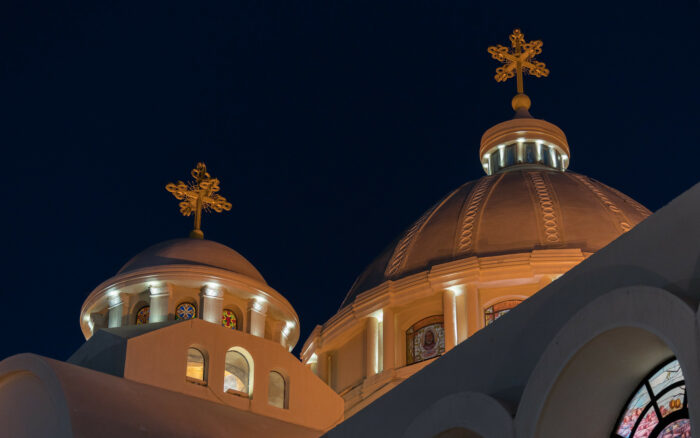 After the surreal bubble of the Sharm el-Sheikh Congress Center on the Sinai Peninsula where the international community gathered for COP27, I had the opportunity to visit mainland Egypt and the upper Nile River Valley. Here are a few glimpses I witnessed of realities on the ground.

Beauty – of the land, the Nile, the people, the buildings, the writing, the paintings, the sculptures, the stories going back to at least 6000-4000 BC. It is breathtaking and awe-inspiring.

Pride – in the restoration of monumental ancient temples and tombs that preserve the millennial history and development of rich cultures and religions. The omnipresence of the “Key of Life.” In some places there are links to stories from the Hebrew testament – pictures of the seven years of plenty and seven of famine of Joseph’s time; a sense of what those enslaved people underwent building these enormous pyramids and edifices that led to the exodus under Moses. The wonderful museums portray the influences of conquering civilisations – Roman, Greek, Christian and Muslim — and the cultural gifts they brought to the existing vibrant tapestry.

Today’s Christians – I met local Orthodox Christians, who were tired but rejoicing after a week of camping outdoors at the ancient St. George monastery, near the Valley of the Kings. Faith is vibrant, strong and celebrated daily in a family I came to know and love. I overheard Coptic and Catholic tour guides arguing over baptism – which was the true one! I weighed in as a Protestant who they skeptically allowed to join the debate. We never did resolve it.

Muslim dominance – evidenced by things like land redistribution under Anwar Sadat, who displaced Christian owners from farms; still a sore point. But those I talked to say that President Sisi seems to protect Christian interests, and there is no problem building new churches. Human rights is talked about carefully and quietly.

Reliance on renewable energy – with massive hydro generation by the High Dam at Aswan (a remarkable feat) and an enormous inland 50km long solar installation. Irrigation from canals and water-powered machines add to the mix.

Attempts at recycling and going green – everywhere in new public buildings like museums, but thick smoke still blows from mountains of rubbish burning in Cairo city. On a bright note, polluting tuk tuks were banned in Luxor, leaving only newer combustion energy vehicles and horse drawn caleches (which I had the pleasure of driving!)

Grand new infrastructure projects underway – the President says Egypt won’t be recognisable in thirty years; but, says my guide, in the meantime “the people have to eat.”

Harsh poverty – I experienced this in a Nubian household in a village where the community is strong but lacks resources to break the cycle. There are worries about young men at 19 years who must go for 2-year army training. Children have school, but only half days or whatever is affordable. Women have fewer opportunities for paid work.

Impact of the COVID-19 pandemic – debilitating for poor communities which saw much death and illness, leaving widows and orphans in its wake. Tourism and commerce is just now reviving. Markets are colourful and vibrant again.

Agriculture – fertile farms in the desert employing many migrant workers from Sudan and the Middle East.

Refugees – from Syria and the drought-affected regions to the south. Immigrants from all over Africa and the Middle East.

The “informal economy” and black market – very much alive. Greasing palms at every checkpoint – even a customs agent at the airport “suggested” a fee for service before we went to the gate.

This is a complex society, emerging as a leading country in the geopolitical landscape, with its own struggles and challenges as climate change impacts hit. It is resilient with many blessings too.

And always the Nile – river of dreams, and heartaches, of promises, and life. It keeps rolling on.

Joy Kennedy, Canada, is an activist and COP veteran and an ecumenist. She is a former Church executive, Moderator of the WCC Working Group on Climate Change; Convenor of Fast For the Climate; Chair of Climate Action Network, Canada; and a grandmother. She continues to have faith in working together with love toward a just and sustainable future for all.