Ethiopia’s droughts and floods due to climate change [COP26 Blog]

Climate change poses a huge challenge to Ethiopia and its people. One of the world’s most drought-prone countries, Ethiopia is faced with increasingly unpredictable rains, and in some years the complete failure of seasonal rains – occurrences that are linked to climate change.  Ethiopia is a country with large differences across regions, which is reflected in the country’s climate vulnerability. The lowlands are 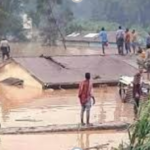 In Ethiopia, climate-related flooding destroys homes and livelihoods in the highlands.

This, combined with an increasing population and conflict, leads to greater food insecurity in some areas.

Ethiopia is experiencing extreme weather variability with some areas experiencing drought, while others are impacted by flooding. Heavy rainfall is likely to occur in parts of eastern, southern, south-eastern, and southwestern Ethiopia.

According to the National Disaster Risk Management Commission (NDRMC), seasonal flooding has so far affected 470,163 people, of whom some 301,284 people are displaced in Somali, Oromia, Afar, SNNP, Dire Dawa and Harari. The situation is particularly severe in the Somali region where more than 79 per cent of the flood-affected and displaced people are located.

Floods have fully damaged the main bridges between Hudet and Negelle and between Mubarak and Filtu, Somali region. The floods also inundated planted crops and vegetables in Hudet and Mubarak woredas (the third administrative level in Ethiopia), Dawa zone. Similarly, 2,118 livestock deaths, the loss of 8,840 hectares of cropland and damage to 79 water pumps, and the destruction of road infrastructure were reported in Dollo Ado and Bokolmanyo woredas. Similar losses of livelihood and infrastructure are also reported in Moyale and Kadaduma woredas.

An increase in food commodity prices has already been reported due to poor terms of trade in the flood-affected woredas, exacerbating the already soaring market prices resulting from COVID-19 restrictions. In Oromia, floods displaced more than 63,000 people, and damaged houses and public infrastructure, including schools and health facilities, across 17 kebeles (similar to wards) in Gelana woreda. Similarly, 57 houses were damaged, 151 hectares of cropland destroyed, and 21 goats killed in Liben woreda, Guji zone. Communities in Bale and Borena zones also suffered flood damages and livelihood loss.

The Government of Ethiopia, humanitarian partners and communities are currently providing lifesaving assistance to the flood-affected and displaced people in most of these areas, albeit with limitations. Additional resources are urgently required to address unmet food and non-food needs, including emergency shelter and non-food items (ES/NFI), health and WASH services as well as early recovery support.

Dawit Beza is the ACT Ethiopia Forum Coordinator and works with Norwegian Church Aid Ethiopia. He has an MSc in Watershed 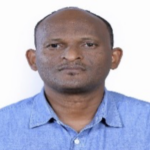 Management. Dawit has been an ACT Alliance delegate at COP26 this week.