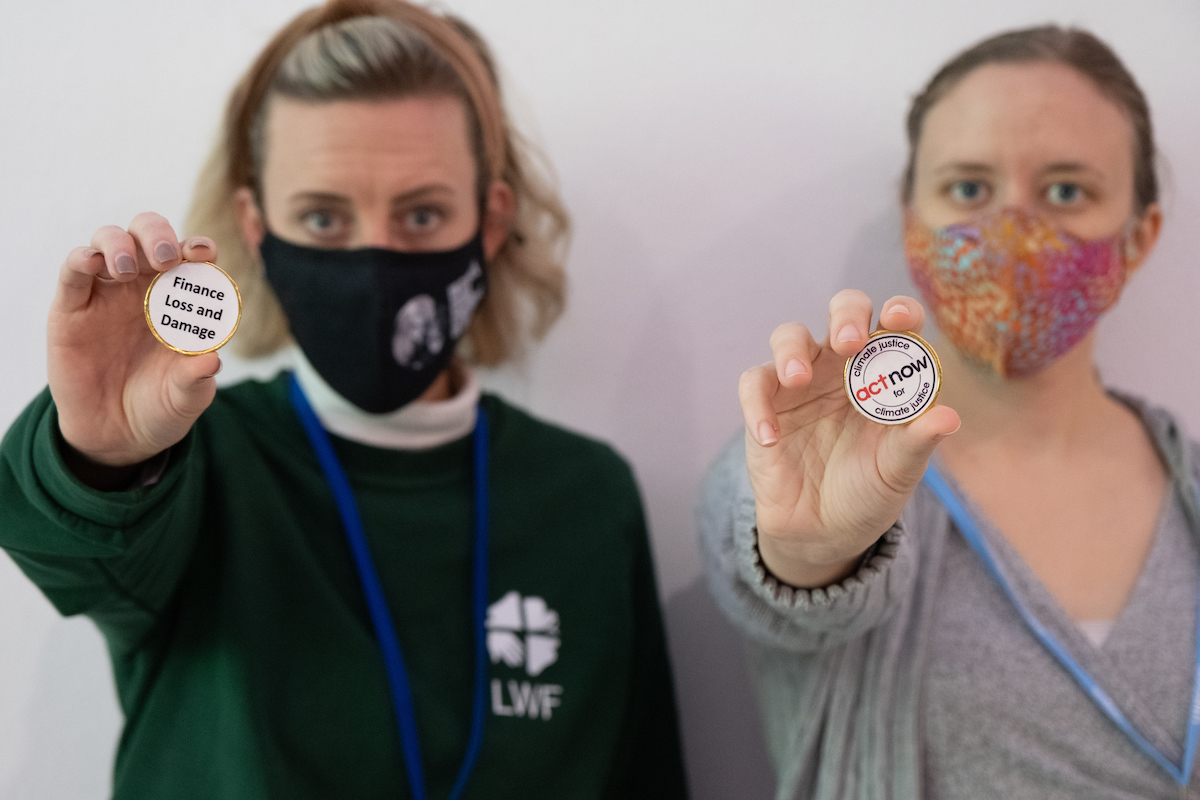 Faith leaders: More must be done to achieve climate justice after COP26

After two intense weeks of negotiations, civil society action, discussion and prayer, COP26 has come to an end. ACT Alliance and The Lutheran World Federation (LWF) have followed the summit closely. We feel that there is still a lot that must be done to achieve climate justice, particularly for communities in the Global South. They face the worst effects of climate change and have done the least to contribute to it.

As people of faith, committed to care for creation and work for climate justice and the dignity of all, we are disappointed by the results from COP26 in Glasgow. What has been negotiated does not go far enough in offering concrete solutions to the climate crisis. Without details and actions, promises are empty.

We welcome the launch of the Beyond Oil and Gas Alliance (BOGA). In addition, individual countries, such as Scotland and Denmark, have made commitments to significantly increase their funding to the Global South for climate finance, which is one of our major concerns. We believe this is a good step forward and look forward to seeing the actions taken by the members of BOGA, and also to seeing other nations join in this key commitment.

However, the world urgently needs more ambition and more concerted action to achieve climate justice and keep global warming at 1.5C or below.

As people of faith, we are disappointed but not disheartened by the lack of results from COP26. As partners in the ecumenical movement, we will continue to care for creation, work for climate justice, and stand with the most vulnerable. We call on churches worldwide to keep raising their voices for creation and for climate justice.

We must act now. Creation is not for sale.

“In order to ‘Keep 1.5 Alive’, the world must phase out fossil fuel production and consumption as fast as possible. Limiting global temperature rise to 1.5C is vital in order to lessen the impacts of climate change on the poorest and most vulnerable people in the world, particularly women and girls who are the most affected by climate induced disasters,” said Rudelmar Bueno de Faria, General Secretary of ACT Alliance.

“We have been inspired by the relentless call for climate justice by faith actors and civil society. We must keep the momentum and continue to call for bold action by all actors at all levels. This is the big crisis of our time, and there is no time to lose. Its consequences will affect future generations all over the world,” said Rev. Anne Burghardt, General Secretary of LWF.

“Since it is Code Red now we call all private, social, economic and private actors to come up with ambitious and concrete actions to manage the climate crisis together,“ said Prof. Cornelia Füllkrug-Weitzel, ACT Alliance’s Goodwill Ambassador for Climate Justice.

“COP26 was a missed opportunity to take significant steps towards addressing the climate crisis and protecting the most vulnerable,” said Isaiah Toroitich, Head of Global Advocacy for LWF.

ACT Alliance is a global protestant and orthodox faith-based coalition organised in national and regional forums operating in more than 120 countries. Through its more than 140 members, ACT Alliance works on climate justice, humanitarian aid, gender justice, migration and displacement, and peace and security to support local communities.

ACT Alliance’s goal is to promote a locally-led and coordinated approach to advocacy, humanitarian and developmental issues.

The Lutheran World Federation is a global communion of 148 churches in the Lutheran tradition, representing over 77 million Christians in 99 countries. As a communion, LWF advocates for the human rights and dignity of all. At COP26, LWF has focused on strengthening climate action and advocacy at all levels. Young people are vital agents of change and form the greater part of the LWF’s delegation to COP26.