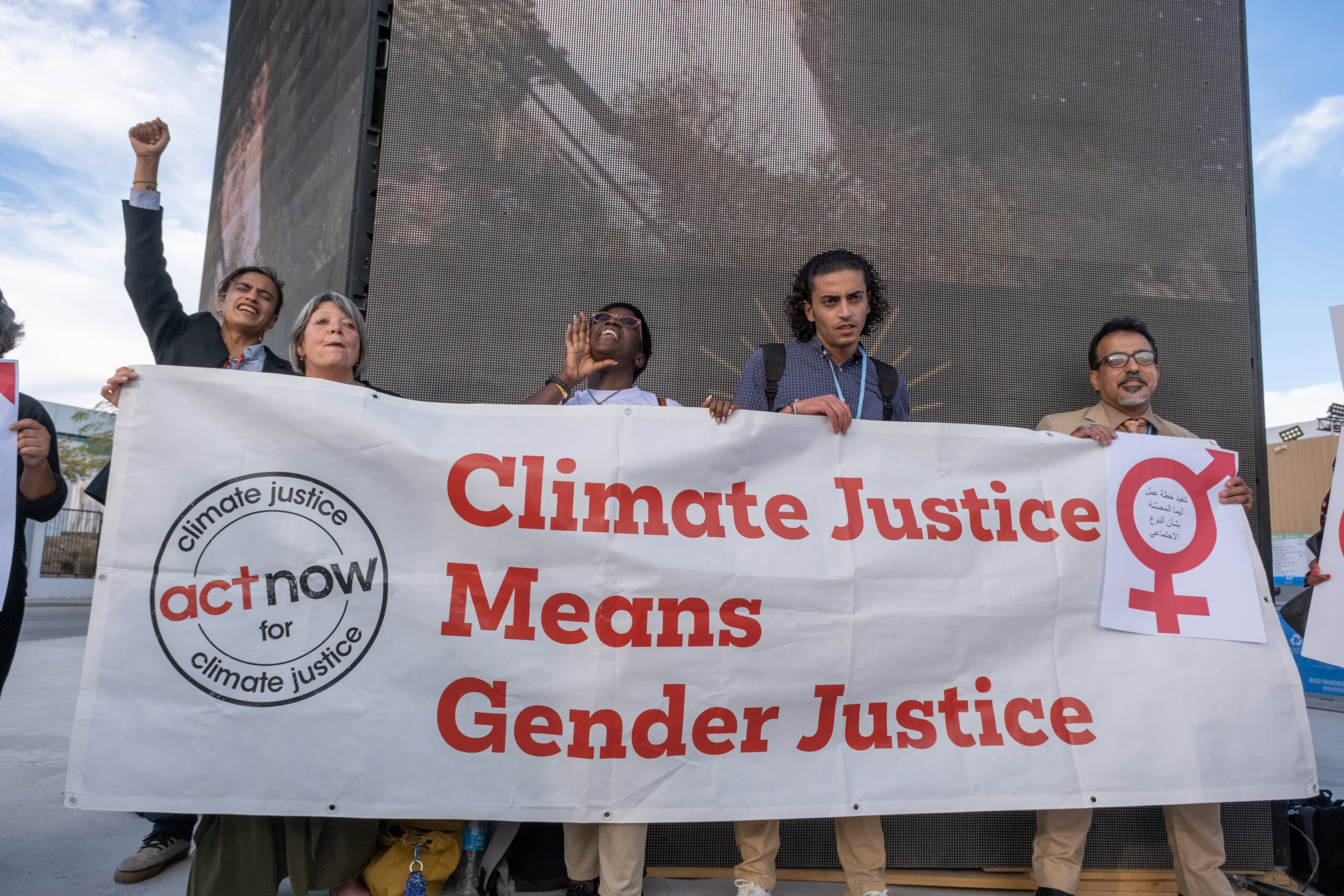 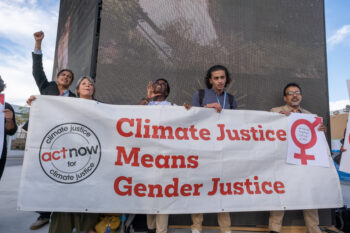 ACT, LWF, Christian Aid and other faith groups held a media action at COP27 calling for gender justice to be mainstreamed in climate justice work, recognizing the impacts of climate change on women and girls in all their diversity and demanding their voices be heard and seats at the tables at all levels of climate change decision making. Photo: Simon Chambers/ACT

Faith leaders from around the world are among the thousands of civil society members at COP27, the UN climate conference, taking place in Sharm el-Sheikh, Egypt.  They have watched with concern as the negotiations have stalled and not pushed for more ambition to prevent the drastic consequences predicted if global temperature rise goes past 1.5C, to support the most vulnerable communities and nations facing the brunt of climate change’s impacts today, and to ensure that human rights, a gender lens, and indigenous people’s knowledge are enshrined in the structures and work of the UNFCCC and its parties as they confront the climate emergency.

Faith leaders have issued today an urgent call for increased ambition in the final days of COP27.

“While negotiations stall, people are dying and livelihoods are being lost as a result of the impact  of climate change,” the statement reads. “Time is running out and it is unacceptable if world leaders do not take clear and decisive action within the few remaining days of COP 27.”

The faith leaders, drawing on the call from the Interfaith Talanoa dialogue at the beginning of COP, the faith leaders are calling on leaders at COP27 to preserve all of God’s Creation by: