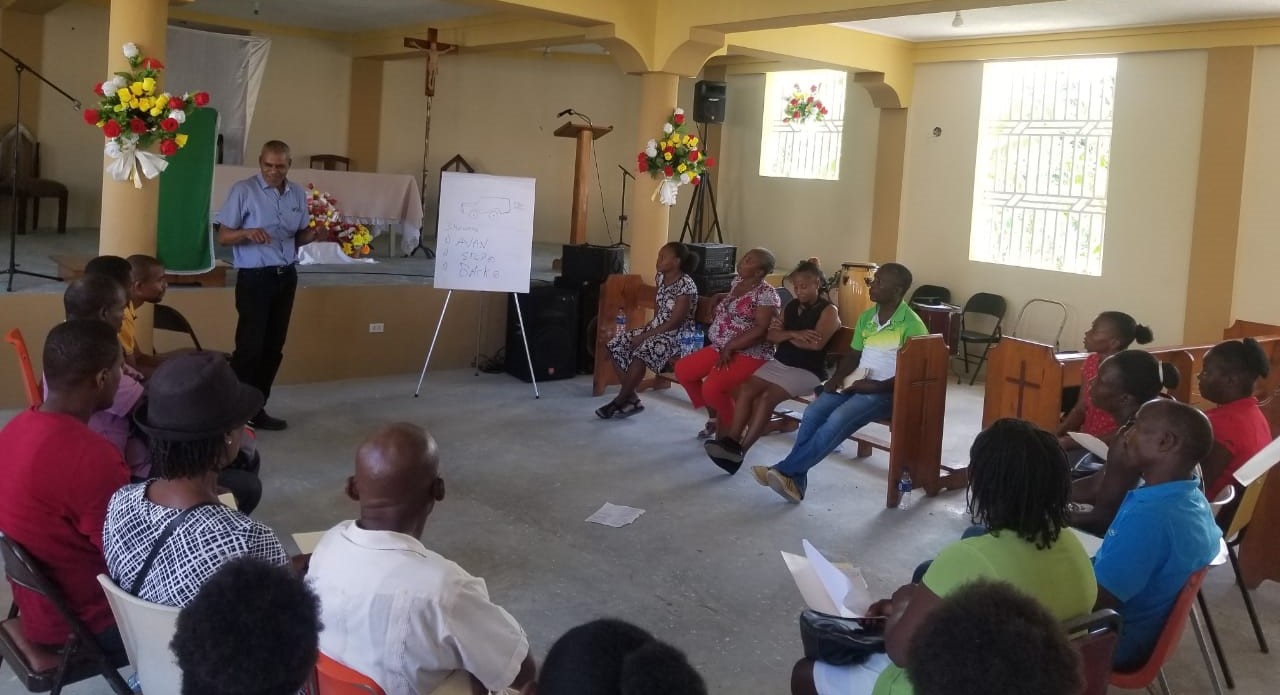 The earthquake which hit Haiti on Saturday 14th August 2021 was stronger than the 2010 one that devastated the nation’s capital Port-au-Prince. The Haiti Forum has been very active ever since. However, the earthquake is only one of many emergencies in the country. ACT Forum Convenor Prospéry Raymond describes the current situation, three months after the devastating quake.

“If ACT-members want to support Haiti, this is the best time to do it. There is a big gap between the needs and what we would like to do. The impact of our work is effective and positively reducing the suffering of the most vulnerable people,” emphasises ACT Forum Haiti’s Co-Convenor Prospéry Raymond. “We are optimistic for the future and bring light to as many people as we can”, he continues.

Haiti has seen crisis after crisis on all levels in the past months and years. The earthquake in August took place in midst of a political, social, security and economic crisis. It happened just one month after the assassination of the President. At the moment, there is an interim Prime Minister in charge. “Haiti urgently needs more assistance, as the persons most affected by the situation are the most vulnerable and poor people”, underlines Raymond.

Public life at the moment is restricted by a petrol shortage which worsens the economic situation and disturbs everyday life. The ACT Office – just like the banks – is currently only open three days a week, and field trips haven’t been possible in the past weeks. There are shortages in many areas, and the situation in general is complex and volatile.

However, a positive is that there are relatively few cases of COVID, despite many people not wearing masks and not wanting to get vaccinated, as they believe that good food and the sun will prevent them from getting infected. Haiti has received 500,000 vaccination doses from COVAX, but only 25,000 out of 12 million Haitians are fully inoculated.

LWF and NCA render assistance to repair water springs and create water solutions, DKH provides shelter kits to hundreds of families, and other members support families with dry food – meeting the needs identified by the communities, always with the SCLR approach. Some organisations focus on a quick response, others take more time and concentrate on rehabilitation. “With the ACT appeal, we will work on WASH, shelters, repair schools, fix the water systems at some schools and hospitals. On the other hand, we support the agricultural sector to get access to proper seeds and tools so that the farmers can plant and harvest in the future. We expect not to reach the target amount of the appeal and so we downsized the projects. But even then, we will still be in need of more funds for the program. We tried to apply as much as possible of what we learnt from the past”, the Co-Convenor explains.

According to Prospéry Raymond, funds are required especially for housing and disaster risk reduction (DRR). The houses built by ACT-members in 2016 after Hurricane Matthew proved to be very earthquake-resistant and well adapted to local conditions.

Priorities of the Haiti Forum

While ACT’s forum members after the earthquake met once a week, they returned to monthly meetings in October. “We still try to learn what are the priorities, to better coordinate between ourselves, to learn from other organisations and to reduce waste”, says Prospéry Raymond, underlining how important it is to learn what the communities really want. What works for one community might not work for the other.

Raymond asks churches not only to support the appeal as much as possible, but also to continue to pray for Haiti. While the situation is very difficult, he tries to stay positive. “Haitians need to find the light – the light within themselves to solve their own problems and to work together to solve day-to-day issues like the petrol crisis”, Prospéry Raymond states.

Details on ACT’s activities can be found in the Appeal.