Hope in the Youth; For today and tomorrow 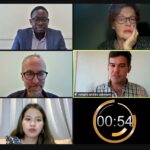 The 2021 ACT Electronic General Assembly, which began on 29/11/2021, was ACT’s first Electronic General Assembly in this format, an online meeting that guaranteed increased participation with member organizations able to invite more staff and workers to participate from around the world. This year’s assembly saw more youth participate not only as delegates but also as moderators, panelists and contributors.

The assembly included an intergenerational panel dialogue on the topic of Youth and Climate Justice, a cross-cutting theme running throughout the assembly’s programme. “We have diverse views on worship as a religion but as Christians, we have the same calling to environmental stewardship,” introduced Collins Shava, Executive Officer for Youth from the All Africa Conference of Churches, who was moderating the session. His statement was echoed by Patricia Mungcal, a youth climate activist from the Philippines, “Faith translates to values and values translate to action.” It is this action that the youth are demanding not only in words but also through activities including organized strikes such as the #fridaysforfuture.

“The Seas are rising and so are we”, said Patricia, the ACT global Youth CoP co-chair, as she gave a case study of the solutions she has witnessed in the Philippines where individuals in the grassroots are taking localized actions to adaptation and mitigation of climate change. She urged young people to “rise up from participating as a token to participating in decision making, policy making and strategies”. The youth bring energy and innovation and it can be channeled into positive outcomes in the fight towards climate justice but only when “the youth are educated and empowered with knowledge to equip them for Climate Justice work.”

Capacity building is vital to impart knowledge to the youth, as knowledge is power. Knowledge on policy or best practices is a lever for a youth in any part of the world to use as a climate justice champion. Romario Andrés Dohmann, youth coordinator of the Evangelical Church of Rio de la Plata in Argentina, said, “Climate change affects all but not the same way,” Romario is a member of the Young Reformers program of the Lutheran World Federation. He is responsible for the program Crece Selva Misionera, an initiative that aims at mitigating climate change effects with the reforestation of native rainforests, coordinated by Fundación Hora de Obrar. He continued, “there is no climate justice without social justice hence the need to put in place policies to protect the vulnerable.” Knowledge will help to elevate and empower the youth to participate in all levels of climate justice.

Matias Söderberg, co-chair of the ACT Climate Justice Reference Group said the group is committed to work with the youth and other member organizations and that “there is still hope, there is always a possibility to make changes. Let us lean on our faith in God as a people and an organization.” He continued, “Youth calling for action now gives me hope as it shows that they are engaged for today and for the future.”

Prof. Dr Cornelia Füllkrug-Weitzel, ACT Goodwill Ambassador for Climate Justice, added “Let us spread the hope to the youth at the grassroots and in vulnerable communities who are in despair, to involve and mobilize them to participate in their own ways in their communities.” 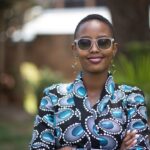