[WHS Blog] How Grand is the Grand Bargain? 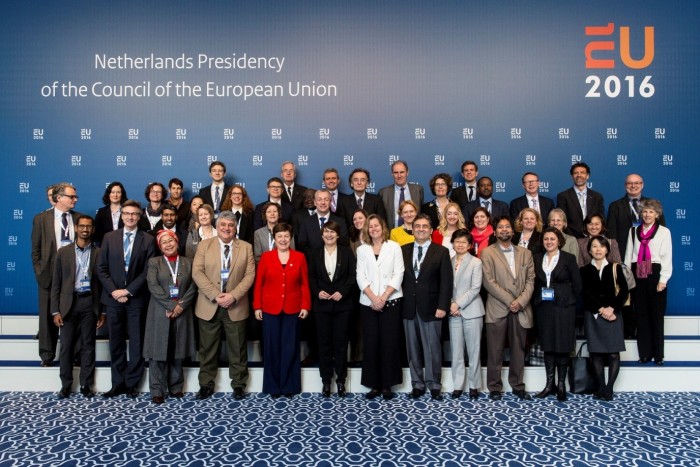 The Grand Bargain sherpas from the 15 largest donors and 15 largest agencies, pictured at their first meeting in Amsterdam on February 29. Photo: Christian Aid

On February 29 in Amsterdam, a handful of the world’s biggest donors and largest humanitarian agencies started to negotiate a ‘’Grand Bargain’’ to help give the rhetoric around the World Humanitarian Summit some teeth. Ban Ki Moon  is urging major players to bring concrete pledges to Istanbul to turn his reform agenda into reality. The idea of the GB is that donors will commit to more flexible, multi-year funding, with less burdensome reporting requirements, in exchange for major agencies committing to greater transparency and collaboration and reduced management costs. The stated ambition is to deliver a collective roadmap for stretching available money to meet more people in need; and a political statement during the WHS that is as concrete as possible

One of the focus areas being progressed in the GB is the commitment to a significant increase in the use of cash. This aligns very well with ACT’s own commitment that:

We will support the agency of people by substantially increasing the proportion of our humanitarian investment that goes to cash transfer programming. Before providing in-kind inputs, we will ask ourselves whether cash would work in this context.

Whereas Ban Ki Moon’s report to the Summit rightly calls for more funding for humanitarian crisis, he proposes a key vehicle for this to be a massive increase in the UN Central Emergency Response Fund (CERF). The CERF all goes to UN agencies, which already control more than half all humanitarian funding.  Channelling more funding to the UN through the CERF does not speak well to the need to better fund local actors. In the Grand Bargain negotiations, NGOs are calling upon donors to rather channel additional funds through mechanisms that better cohere with the localisation agenda.

If  the benefits of the Grand Bargain are to be achieved, NGOs are demanding that UN agencies  pass the greater flexibility in donor funding to NGOs who they contract to deliver assistance. ACT’s WHS commitment, related to the GB is that:

ACT Alliance commits to streamline and harmonize reporting requirements for members, in line with the expected outcomes of the GB. This specifically includes a commitment to not ask more from local and national members than what donors ask of funding members.

Studies by DanChurchAid and Church of Sweden’s ‘’Local to Global Protection’’ initiative  have exposed that only 0.2% of humanitarian funding goes directly to local and national NGOs.

Yet local presence enables local actors to be first responders – getting to affected people days before assessment teams from external agencies arrive. Local organizations are able to shape programmes in a contextually appropriate, culturally sensitive way, based on a community’s own understanding of its needs. Local partners, closer to and more trusted by communities, are better-positioned to ensure accountability to affected populations, and respect long-term perspectives.

The ACT Alliance’s WHS position paper in January 2015 ‘Putting People at the Centre’ called for 20% of humanitarian funding to go directly to national actors by 2020.

CAFOD, ADESO, DCA and Christian Aid took up this baton when we launched the Charter for Change (C4C) in advance of the 2015 WHS Global Consultation in Geneva. C4C makes 8 reform pledges to shift the balance of power in the humanitarian system toward the Global South. These include a pledge by signatories to pass at least 20% of their humanitarian funding to Southern NGOs by May 2018.  C4C has been signed by 23 INGOs and endorsed by well over 100 Southern NGO partners.

One of the 10 themes of the GB is more support for frontline national responders.

During the GB negotiations, one of the largest UN humanitarian agencies pledged to step up to the plate and honour ACT’s call to raise their level of direct support to national front line responders to 20% by 2020. (We will not name them here lest they wish to gain credit for this when they announce it at Istanbul). This is a huge step forward for the localisation agenda, and we hope it creates a domino effect where other huge UN and INGO agencies, inspired by this bold leadership, follow suit.

Our ACT commitments to the WHS include that:

By May 2018, we will significantly increase the proportion of ACT Alliance members’ humanitarian funding that goes directly to local and national members and their partners for humanitarian response and emergency preparedness.

Whilst the final outcomes remain to be negotiated, the latest text of the GB calls on aid organisations to ‘aim to give by 2020 at least 25% of humanitarian funding to local and national responders as directly as possible’’.  It is encouraging that the advocacy of ACT and its allies seems to have  infiltrated the thought processes of the big donors and agencies who are determining what commitments to bring to Istanbul through this Grand Bargain. 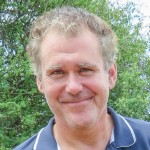