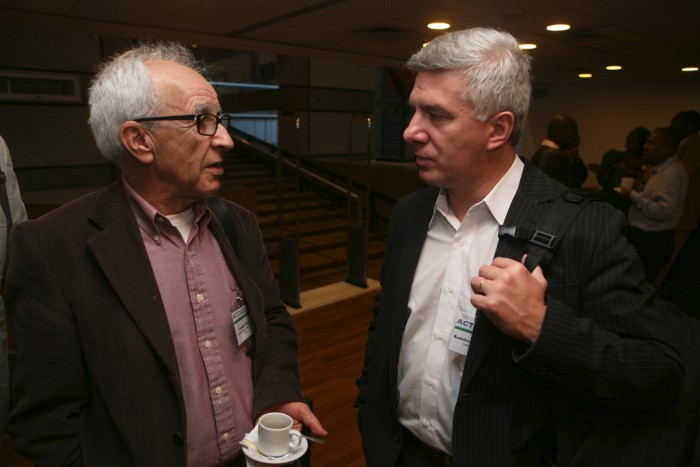 When Rudelmar Bueno de Faria joins the ACT Alliance as the new General Secretary on June 1, he will arrive with 25 years of experience working in the ecumenical family. Rudelmar has worked with LWF World Service and the WCC in a wide range of roles. “I had the opportunity to work in different settings, but also to relate to different cultures,” he said in an interview.  “Currently In my position here in New York, I am facilitating the participation of the ecumenical movement in the advocacy at the United Nations… World Bank and IMF, and also with several of the interreligious organizations that are engaging in both humanitarian and development work.”

Members are the strength of ACT

When asked about the strengths of the ACT Alliance, Rudelmar immediately pointed to the over 140 members who make up the alliance, working at the national, regional and global levels. He highlighted the “…different skills and expertise that different members bring to the alliance.

We have organizations that have access to remote communities. They are able to provide first response in case of emergencies- saving lives. But they are also able to influence at the national level policies that are affecting the lives of people. And they have also the space and the connection to global decision-making spaces like the UN systems but also government as well.”

The broad range of churches and agencies that make up ACT also allow the alliance to be “…effective in all elements related to accountability, especially to affected populations by disasters.  [ACT has] very good systems in place which help to create this effectiveness when responding to humanitarian crises but also working on sustainable development and advocacy.”

Rudelmar’s experience as a member of the ACT Governing Board and Executive Committee during his time with LWF has ensured that he is aware of the areas where ACT can improve.  He is confident that the alliance can grow and increase its effectiveness together. “I believe that working together collaboratively …[can] bring different skills, can support common objectives- [for] improved lives of people and to fight against injustices in all parts of the world.”

A focus on members and ecumenical diakonia

Rudelmar’s first few months with ACT will be focused, among other things, on a dialogue with members about ecumenical diakonia and what it means to be an alliance with so many different areas of expertise and different roles that members play.  ACT needs to be “…discerning together about distinct roles of different members, how we can build up an alliance that can be effective and will make a difference in the world today.”

The concept of ecumenical diakonia is a key to the ACT Alliance- an important part of its founding, and its movement into the future.  The goal in creating ACT “…was to establish a coordinated platform for ecumenical diakonia expressing a joint vision of the ecumenical movement with the member churches and specialized ministries with the purpose to assist people in need and work for a better world.”

The conversation around diakonia will help ACT members to come to a “…common discernment and agreement in terms of the different contributions, talents, gifts that different actors from the ecumenical movement can bring to promoting human rights, human dignity, fighting against injustices.”

Members: Engage positively in the alliance

Rudelmar’s message to ACT members is simple and inspiring: “I make a call to all ACT members to engage with the alliance- engage positively, engage in terms of providing elements and also bringing the different perspectives and the contextual situations in their respective countries and regions to be [debated] and also to help to define what the profile of the alliance after the Assembly.”

The full interview with Rudelmar is available here