It’s time to focus on adaptation

By Mattias Söderberg, co-chair of the ACT Alliance working group on climate change 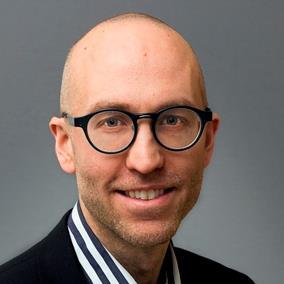 Climate change is increasingly leaving trails of destruction with devastating human consequences. Earlier this year, we have witnessed the catastrophic impact of Cyclone Idai, which affected vulnerable communities in southern Africa. Imagine if those communities would have had the same preparedness and financial means that people in rich countries have to deal with the effects of climate change.

Researchers and practitioners from all over the world have stressed the positive influence adaptation efforts have on communities: they reduce the risk of poverty and promote sustainable and resilient development. Members of ACT Alliance, are engaged in adaptation around the world and are witnessing first-hand the power of these efforts.

A new global initiative could fix this imbalance.

In 2018 global leaders from the political and business world, such as former UN Secretary general Ban Ki-moon, the entrepreneur and investor, Bill Gates and the CEO of the World Bank, Kristalina Georgieva, launched the Global Commission on Adaptation. Today the commission published a report arguing that there is an urgent need for adaptation and that scaling up the support is top priority.

We welcome how the report stresses local action and financing as critical, given that most sustainable and long lasting results happen at this level.

The report also argues that under prioritization is due to the inadequate inclusion of vulnerable communities at decision-making level. Special emphasis is given to indigenous peoples, who are often on the front lines of climate change. Yet they face constraints in responding due to social and political marginalization. An argument that ACT Alliance supports.

We are happy to see the report bring forth the gender dimension of adaptation. Women and girls are still excluded from decision-making processes, although they are one of the most vulnerable groups to climate change.

We call on governments to consider the urgent call made in the report and increase their focus on adaptation. Political leaders should live up to their promises and increase the balance between mitigation and adaptation, making it inclusive and more sensitive to the needs of the most marginalised.