Keep up the faith! Governments meet for two weeks of UN climate talks in Bonn, Germany 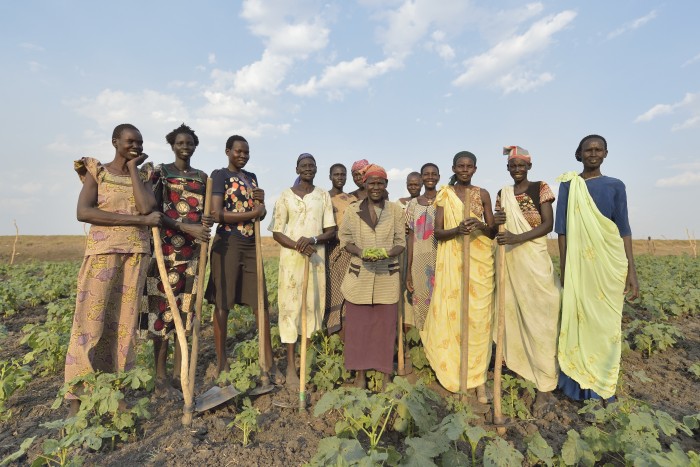 Women pose together after working in a community vegetable garden, in Dong Boma, a Dinka village in South Sudan’s Jonglei State. Most of the women’s families face serious challenges in rebuilding their village while simultaneously coping with a drought which has devastated their cattle herds. Credit: Paul Jeffrey

Reports about dramatic effects of climate change keep coming, while governments meet for another round of UN climate talks in Bonn, Germany. ACT alliance will follow the meeting closely, and with great concern. Poor and vulnerable people around the world are already suffering from floods, droughts, heatwaves and dramatic storms. The head of the ACT delegation in Bonn, Martin Vogel, said “The coming two weeks are important. Climate change should never be limited to paragraphs in an agreement. It is about people, communities and livelihoods. There is need for climate action, and we hope all governments in Bonn will do what they can to achieve progress. “

The global climate agreement was adopted in Paris one and a half years ago. The agreement is full of commitments and pledges, but the details and rules of how the agreement will be implemented still need to be decided. “The Paris agreement is good, and I am confident that it will deliver results,” Vogel commented. “However, we will not see any results until rules and details are in place. All the loop holes must be closed. There should be no option for countries to back slide on their commitments, or to neglect to take action.”

While world leaders have continued to pledge support for the Paris agreement, the political signals from the new American president, Donald Trump, differ. The new administration has already reduced the climate ambition within the US, and rumors circle about possible changes in the US positions related to the international climate debate.

Vogel commented on the US situation: “Developments in the US are of course important to follow, and I hope president Trump acknowledges that climate change is real, and has an impact. However, the world is bigger than the US, and positive news about countries taking action keeps ticking in from around the world. No matter what happens in the US, we have faith. We can halt global warming, and we can learn how to live with the existing effects of climate change. It is time to act!”