ACT continues to build its influential network of faith-inspired climate justice advocates around the world. Through this network, ACT has been able to influence, inform and inspire climate action at the national and international level, while working to ensure that the needs and solutions of communities made vulnerable by climate change are taken into account, and responded to.

Through the support of ACT member, Brot für die Welt (BftW), ACT has begun the implementation of its new Climate Justice project, “Faith actors enhancing inclusive, ambitious and sustainable climate policy and action in accordance with the Paris Agreement and the Sustainable Development Goals.”

One component of the Project brings ACT Alliance members and faith leaders together through multi-stakeholder dialogues in the Middle East and North Africa (MENA), Africa, Asia and the Pacific, and Latin America and the Caribbean (LAC) regions.

“This series of dialogues has allowed ACT members and church leaders in Jordan to gather and share their stories, experiences, and solutions related to climate resilience, and to identify opportunities for collaboration and action. We also asked participants to share with us their reasons for taking action on climate change, and this helped us to understand some of the key concerns of our members and church leaders” said Rachel Luce, ACT’s MENA Regional Representative. 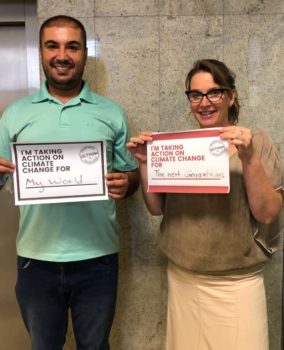 The first dialogue was hosted by ACT Alliance’s MENA Region. Both because of COVID-19 travel restrictions and the different contexts within the region, this workshop exclusively focused on Jordan. Equivalent dialogues are due to take place in Palestine and Egypt later in the year.

The Jordan climate justice dialogue was convened through a combination of in-person meetings (compliant with local COVID-19 rules) and online sessions, bringing together ACT members, church leaders, environmental NGOs, representatives of Jordan’s Ministry of the Environment, and others to discuss climate change in Jordan. Participants explored issues of loss and damage, adaptation and mitigation, identifying their common concerns, and specific actions that they could take on climate change.

“These dialogues helped us to catalyze greater climate ambition amongst ACT members and faith leaders in the MENA region as participants said that they previously identified Climate Justice as a secular issue. By the end of the dialogue, participants said that they understood the need for faith actors to take action on climate change in their context,” said Rachel Luce. 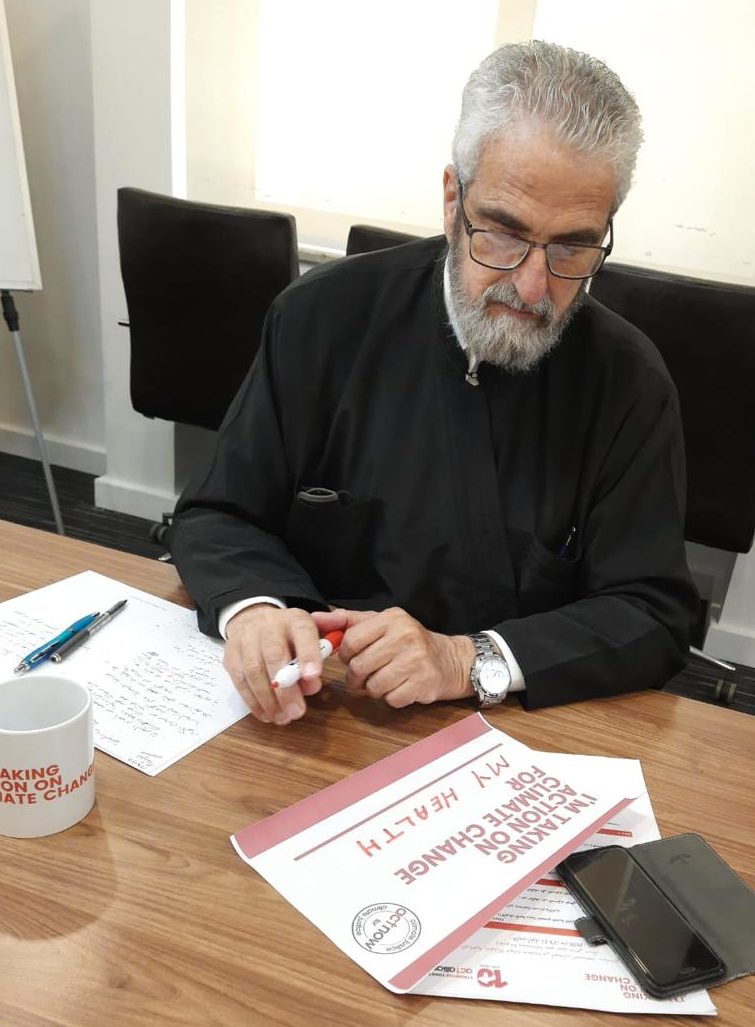 A faith leader shares one of their reasons for taking action on climate change Credit: Rachel Luce/ ACT

“The dialogue encouraged participants to explore issues of climate justice in ways that they had not before,” said Joel Kelling, ACT’s MENA region Climate Justice Working Group Chair.

“One of the participants spoke about how they were used to the idea of creation care, but that the concept of climate justice was new to them,” he continued.

Bringing together various actors working on climate change in the region through the dialogues has the potential to strengthen relationships between ACT members and other local networks, “Some of the participants offered to provide additional capacity-building on climate change to clergy in Jordan. This is great for us, as the sharing of resources means that we do not have to replicate already existing materials,” said Joel.

As climate change continues to threaten lives, livelihoods and all of creation, it is important that all of ACT’s membership joins the fight on climate change, and the multistakeholder dialogues present an opportunity to do so.

“Climate change is one of the issues that bring ACT members in the region together, ACT’s MENA region will continue to mobilize and equip ourselves to contribute to tackling the injustices in our communities that are exacerbated by climate change,” said Rachel.