Migration, climate and gender: An interview with CASM of Honduras 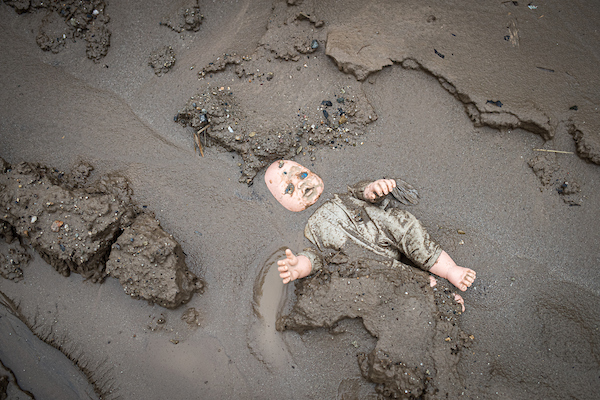 ACT Alliance and its members participated in the International Migration Review Forum (IMRF) in New York this spring. We spoke to Mercedes Perez of Honduras ACT member CASM (Mennonite Social Action Committee) about the impact of climate change on migrant women in Central America, and about the results of the IMRF. CASM assists returning migrant women with skills training and reintegration. They also work with national authorities on disaster response, often with support of ACT appeals.

Central America, especially Honduras, is highly vulnerable to climate change. In addition to hurricanes, communities suffer from droughts and floods. Mining concessions and Honduras’ form of development contribute to communities’ displacement from their lands. Once rural communities, particularly Indigenous ones, lose their livelihoods they try to migrate. A significant number of migrants are unsuccessful and forced to return. Returning migrant women, especially Indigenous women, are often unable to recover their land. They suffer the most from the plundering of natural resources and the absence of land rights.

This is an edited version of the interview, which can be found at the end of this article.

Mercedes: Because of its geographic location Honduras is very vulnerable to the effects of climate change, as is all Central America, but Honduras is most affected by storms. Families who have lost their livelihoods, have joined the famous migratory caravans, which are now much larger and stronger.

Climate change has led to more frequent and more intense natural disasters. This has had a direct impact on people, primarily women and their families. They are forced to look for a migratory route. Most of them chase the American dream.

The policies of our countries don’t respond fairly to people’s needs. Every day we see women and families lose their livelihoods.

When women go on that migration route, they are exposed to human trafficking. The risk is high. A family, a woman, obliged to leave our country, is at high risk because they have no protection system, and they may end up in prostitution. Boys and girls on that route are also at high risk.

We ask countries to provide more protection and some humanitarian aid. We want the United States to provide work visas and regularise the status of migrants affected by the storms Eta and Iota so they can work there and recover the livelihoods they lost.

At this Forum we talked about the review; about progress on agreed objectives for a safe, orderly and legalised migration; about climate change; and about states’ commitments. We believe it is rhetoric.

Much more is needed; more commitment as well as more investment. Above all, the industrialised countries, these powers which most harm the planet, should make commitments to the so-called Third World populations.

In these underdeveloped countries communities have always cared for their environment. But governments are the main ones that have been selling our territories.

In Honduras, many families are displaced by mining concessions and open-pit mining. Some areas are being sold as special employment and economic development zones. Indigenous peoples, the ones who have looked after these areas, are forced to migrate. There is more economic interest in exploiting resources than in protecting the planet.

We have protected these resources, and now we are the most affected. The great powers are not interested in protecting them.

They could give carbon credits to those who preserve the environment, to provide a living for them. If I live in a region with a big, beautiful forest and I look after it, someone could compensate me for protecting it. There’s a long way to go. We need a serious commitment from governments.

We need stronger partnerships, solid commitments and guarantees that investments will reach the people. Women must be able to reclaim their land and Indigenous peoples to use resources responsibly.

We could have harmony in the world and with nature. We could narrow existing gaps, the clear gap between women, Indigenous peoples, youth and the effects of climate change. These gaps should be narrowing, but they grow wider every day.

Our approach at CASM will always be protecting people and the environment and establishing a direct relationship with governments and other agencies to increase our effectiveness. We commitment is to children, women, subsistence farmers and people living at the margins who need assistance.