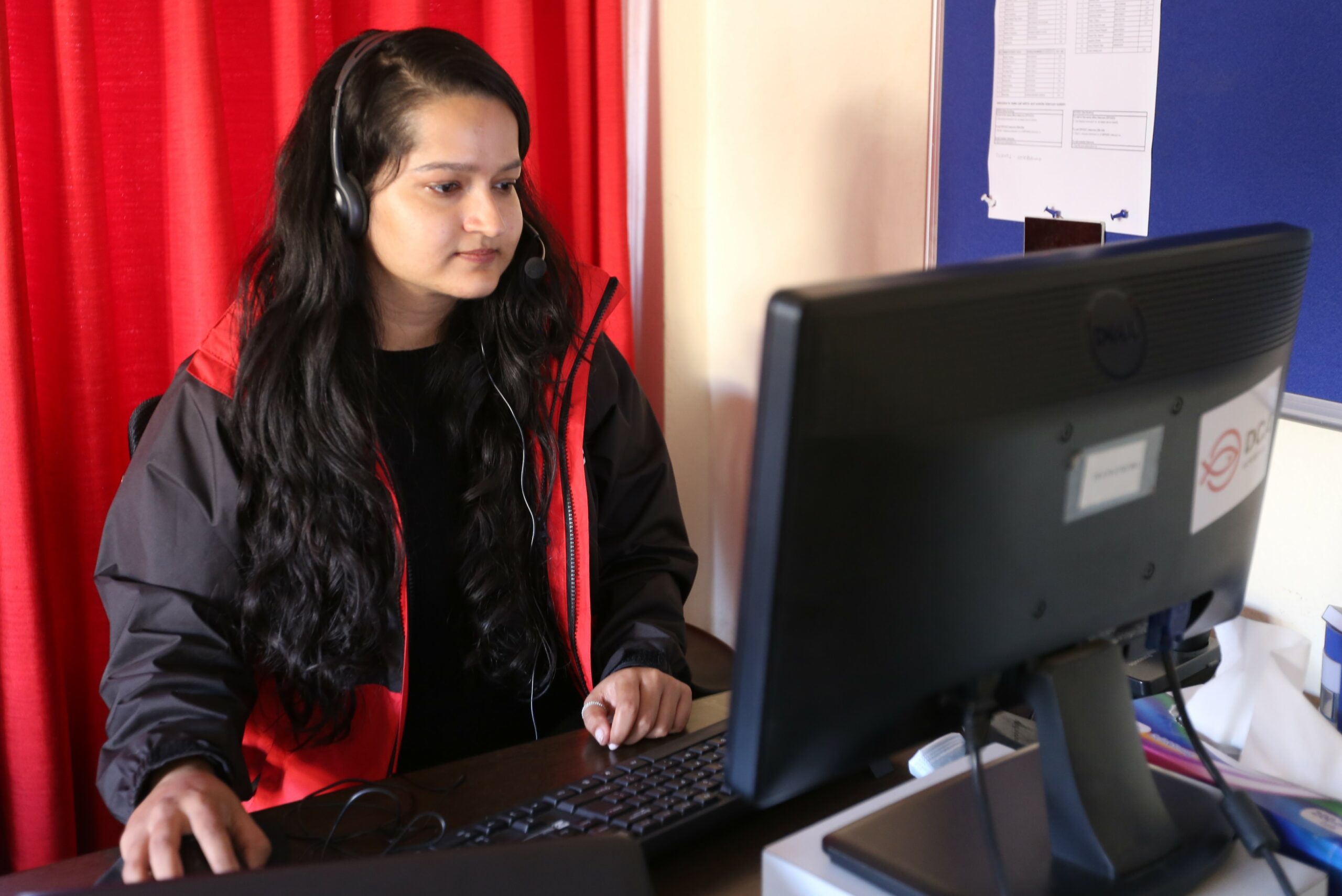 Nepal: How technology has gained a prominent role in this pandemic

COVID has had an impact on all of us. Here Bharati Ojha*, a young university graduate from Nepal, starting to work for DanChurchAid (DCA) in February 2021 reflects on the impact of COVID-19 on her own life. Her story touches on the “Digital divide” and “youth” – topics which will be discussed at the upcoming ACT General Assembly from November 29to December 3, 2021.

“After graduation, as I was in search of a job, I decided to visit my hometown and spend some time with my family. A weeklong trip I planned however changed, and I ended up staying there for over a year due to the lockdown because of the COVID-19 cases rising.

As a recent graduate, I was full of enthusiasm, ready to work, showcase my skills and talents in the real world but life had different plans for me. Not just me, but the whole world was going through a lockdown and chaos. Everything changed for us, from our lifestyles to our working styles.

Working modes and mediums were changing and everyone was learning new ways to adapt. Physical work styles shifted to virtual means, and getting a job became a real challenge as many jobs were cut. I also applied in many organisations, but got no response which demotivated me and I was very frustrated.

One fine day, I received a call from the DCA office where I had applied and got notified that I was shortlisted for the role of Programme Associate. I was thrilled and decided I would do my best in the interview. Little did I know that I would have to give the written test along with an interview online. I was so skeptical at first when I heard it was all going to be online because it would be my first such experience. Even though I had good knowledge of using the internet and technology, I was nervous about possible issues like the internet and electricity, so I did a couple of mock tests as well.

Challenges of working online
Gratefully, it all went well, and I was offered the role which I accepted with great exhilaration. Now I attend numerous meetings and workshops online and I realise how the times have changed for all of us. The same me who was anxious about online mediums is now working from home using virtual technology.

Recently, while attending the Half-yearly Review and Reflection Workshop of DCA, I was worried about how it would go, but I was stunned that with more than 115 participants organised virtually through Microsoft Teams for 3 days, it all went smoothly, and very well. Participants from different parts of the country who were presenting about DCA partnership and work on the ground took part and presented excellently. There were variations among the participants in terms of age and technological knowledge, and there were small technical glitches, but they were supported by others and resolved immediately.  For most of us this was certainly the first time attending a virtual meeting as big as this. However, I realised that we are all learning, and the technology has shrunk the world and made it so easy for us in many ways. For the most part, the objective of the workshop was met, that was what mattered the most.

Many project activities that were to be done physically were hampered by this pandemic. They are now being replaced by virtual means like online meetings with the local government, with stakeholders at a national level and even in rural areas, virtual advocacy activities, and initiatives, awareness-raising through various online modes, voice messages, conducting online workshops, virtual support through help desks, consultation by telephone, etc. All this has made me realise that technology has played a crucial part in this pandemic to connect people and reach out to them, which has helped people to enhance knowledge and practice of virtual technology and I feel that this will be valuable and crucial in the days to come.

Necessity is the mother of invention
As they say, necessity is the mother of invention. I am pretty sure many of us would not have known about these virtual technologies and modes if it was not for the demand of time and situation. People who had not used a computer or mobile phone their entire lives are now using virtual means, different apps, and technology which reveals that we can all adapt to changes and learn even in the most challenging times. This COVID-19 setting had a deep impact and brought so much confusion into our lives; however, we can take this innovative growth like a silver lining on a dark cloud. This experience will remain with me forever as I am impressed, influenced, and inspired by the dedication and hard work of people towards their work, and has given me faith that everything can be learned and achieved if one sets their mind to goals and accomplishments. I am very grateful that technology has bettered our lives and helped us reach out to vulnerable people even in difficult times like this, which will remain a memorable part of history and especially in our lives.”

*Bharati Ojha is a 26-year-old DCA Programme Associate in Nepal from Inaruwa, a developing municipality in the Eastern part of the country. She graduated with a Master of Science in Environmental Science at the Tribhuwan University of Kathmandu. During her education and internships, Bharati did have the opportunity to work on the computer.

In Nepal, mainly youth in urban areas are experienced in working on computers. As technology is rapidly developing however, those over 50 seem to have difficulties in using the online technology and computers. Similarly, youth in rural areas have limited access to computers as buying a computer is expensive and they are of limited use in those areas. People mostly prefer to buy mobile phones nowadays which can be used for various other applications.

In general, the network in upcountry Nepal is improving but is still inconsistent and unreliable. The lights go off at times, and the internet network gets poor at times as well. But despite the challenges, technology has made the pandemic easier to deal with everywhere in the world.