The status of gender justice in Africa evokes both discomfort and optimism. The discomfort arises from the ever-present and growing hand of patriarchy, the push back on human rights– especially women’s rights– and the impunity with which acts of violence against women and girls are normalized and accepted by society.

However, all hope is not lost on those advancing gender equality given the bold “push back on the pushback,” coming from some faith communities as well as a gradual increase in political will and commitments from governments across Africa to address such injustices. These efforts are coupled with a shift in male engagement models in the spirit of leaving no one behind, including stakeholders like faith actors who have power and influence to create the desired change.

Inspired by such an environment, ACT Alliance members in Africa formed a regional Gender Justice Community of Practice in October, with an overarching need to transform society, building on the space created by ACT Forums across Africa and leveraging from the networks and partnerships nurtured by over 155 ACT members around the world.

The Africa CoP brings together countries including Uganda, South Sudan, Kenya, Tanzania, Somalia, Sierra Leone, Burkina Faso, Liberia, Zimbabwe, South Africa and Ethiopia among others. The common denominator of these countries is that they rank as the most religious with more than 80% of these populations aligning to a specific religion (The Global Attitudes 2015 Survey). However, the irony is that they also rank highest in gender disparities including discrimination against women and girls.  It’s no wonder that the Africa Gender CoP is prioritizing sexual and gender-based violence (SGBV), sexual and reproductive health and rights (SRHR), economic justice, and transformative masculinities – the CoP is keenly aware of the linkages between these areas and the multiple layers of vulnerabilities faced by women and girls.

These themes resonate with the International Conference on Population and Development (ICPD) and the consensus built through the Programme for Action 25 years ago focusing on individual dignity and human rights. In achieving the PoA, strengthening the role of faith-based organizations, religious leaders and faith communities in advancing gender justice is key, as human rights and theology complement each other. ICPD +25, the Nairobi Summit, is a build-up to high-level global discussions and engagements spearheaded by UNFPA on maternal health, SGBV, HIV/AIDS with calls to faith communities to boldly advance issues of sexual and reproductive health and rights and to challenge harmful traditional practices which are facing a strong push back from society, including some faith circles.

The Nairobi Summit is significant to the Africa Gender Justice CoP beyond it being hosted in an African Country which will encourage the participation of many actors from the region. It is an opportunity for faith actors to continue advancing the positive role of faith in achieving gender justice. It is also a forum for faith actors in the region (and beyond) to understand the urgency in realizing gender equality, re-affirm their commitment to gender justice and raise their voice in solidarity with many actors working tirelessly to challenge the push back which has been experienced across Africa. The different forms of gender injustice are a sad reality across Africa, however, there is an ever-increasing space to rally support within the region and to advocate for more progressive legislative frameworks and more tangible commitments such as financing for gender equality from African governments.

The Africa Gender Justice CoP, through the ACT network, is already engaged in gender justice work. An added value of the CoP is the adoption of a theological approach which promotes the unfolding of affirmations of gender justice and reflection on sacred texts (which are sometimes used to promote gender injustices). It also promotes joint advocacy, particularly using the Africa Regional Human Rights Frameworks and spaces which have continuously registered limited faith actors. This has the potential to enhance grassroots, national, regional and global linkages and reap the benefits of working together.

The CoP is also cognizant that faith actors are important in the spiritual nourishment of their faith communities but equally important for their capacity to reach the unreachable and to provide physical nourishment as well. The CoP will use its prophetic voice to address gender injustices and to contribute to the legal and institutional frameworks at various levels.

ACT Alliance members across the world, who are also members of the various Gender Justice CoPs have actively engaged with the ICPD +25 country processes in the lead up to the Nairobi Summit. Specific actions taken by ACT’s network include a faith-based position paper with commitments to the ICPD, mobilizing progressive faith voices, participating in the UNFPA’s thematic technical groups, providing input to the CSO country position papers and taking the lead on key thematic areas.

ACT’s Gender Justice CoP members in Uganda are leading the CoP on issues related to Gender-Based Violence and Harmful Practices.  In Nairobi, the Alliance has been instrumental in shaping faith conversations in the ICPD +25 process and will convene a Pre-Summit Conference for FBOs.

ACT Alliance is at the center of advancing discussions which reaffirm the positive role of faith actors in advancing SRHR as a fundamental human right. ACT will host a session at ICPD on,  “Keeping the Faith in SRHR” and in light of the push back on this topic, will provide a safe space for dialogue and will stand in solidarity with those advancing the faith-based values of dignity, justice and peace.

True to a reflection during the gathering of the Africa Gender Justice CoP ‘the harvest is huge, yet laborers are few!’ There is no such thing as oversubscription when talking about actors for gender justice.  We need more laborers, particularly from faith circles and faith communities, to speak on these issues. Only then will we see a world where everyone lives in dignity and all people, irrespective of their diversity realize their full potential. 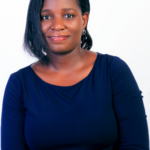