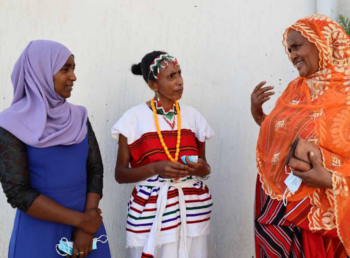 ACT member Norwegian Church Aid (NCA) has released new a report of interest to all ACT members.  Religious Actors as Peacebuilders in Contexts of Violent Conflict: Jewish, Christian and Muslim Self-Understandings in Relation to Peacebuilding. will inform NCA’s Global Peacebuilding programme. The study highlights the strategic value of, and the potential risks for, religious actors as peacebuilders in violent conflicts.

At a December meeting of ACT and NCA, lead researcher Dr.Sven Thore Kloster said that the findings and recommendations will enhance the meaningful engagement of religious actors in peacebuilding. Investments in local and credible partnerships, community ownership and adapting peacebuilding methods to different contexts are among the suggested recommendations.

The report also documents  potential risks for religious actors.  Peacebuilding in  violent contexts has risks that can become complicated. “Religions have  vast resources for peacebuilding, but violence is also committed in the name of religion. How do we cope with that? ” said Dr. Kloster.

The recording for the webinar is linked below.