No one can escape Climate change 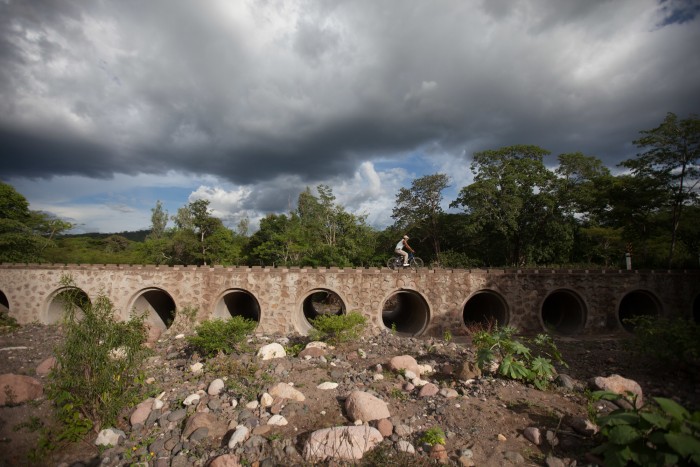 A bridge near Pueblo Nuevo in northern Nicaragua, that no water has passed under for months. The rains just didn’t come. In wide areas across El Salvador, Honduras and Nicaragua, harvests have been completely destroyed by the drought causing enormous hardship for many thousands of poor subsistence farming families. The drought in this area is believed to be an effect of climate change. Photo: Sean Hawkey

Climate change is a challenge we all have to face. Development and growth have, until now, been connected with increased gas emissions, which in the end contribute to global warming and climate change. This development is not sustainable, and the 17 Sustainable Development Goals which are set to shape our future, must therefore all integrate climate change’s two crosscutting themes.

Firstly, we must make sure that future development, in all parts of the world, is based on a low carbon approach. We should choose solutions with low emissions, and ensure that the energy we use is renewable. This means harnessing the sun, wind and water instead of using extractive carbon-based resources like petroleum, oil, coal and gas. We should also take more care of those natural sinks such as forests, land and sea, where carbon is kept and stored in a natural way.

Despite promising local and national developments to lower carbon use due to raising consciousness in society regarding the impacts of carbon on the environment, there is still a need for significant partnerships between countries in technology transfer and cooperation, financial support and investment, and solidarity and policy making. New technologies are expensive and often not adjusted to the developing country context as well as difficult to maintain and sustain. While developed countries discuss a switch from petrol to electric cars, developing countries consider how they can leapfrog fossil fuel based development.

It is true that technical solutions will play an important role towards Low carbon development, but these alone will not be enough. Big parts of our current emissions stem from our way of life, cultures and traditions. How we cook, what we eat, how we travel, and how we work, all influence our emissions, and the 17 global goals can only be reached if we also make changes in our everyday lives. In order to reduce over-consumption, excessive waste and cultures of greed will require a new focus and awareness to grow in industrialized states, while balancing the prioritization of the production of new goods on global ‘needs’ first and lessen the emphasis on the ‘wants’ of a few.

Adapting to a changing climate

The second crosscutting theme is how to live with a changing climate. Even if greenhouse gas emissions were to stop tomorrow we would still see dramatic weather phenomenon’s such as hurricanes, droughts and flooding. These natural disasters will continue with intensified strength, and we have to adapt.

However, many of the adaptation solutions already exist. For example, in western countries, insurance companies, both private and non-profit, strive to handle the most drastic situations. When people have lost or seen their property damaged due to sea-level rise, devastating cyclones or endless droughts, they provide some support, and local authorities, non-governmental organizations and charities will step in if additional help is needed.

The challenges related to adaptation are thus to a large extent linked to poverty and the capacity of local communities to cope. Those with the least responsibility for climate change are the ones who are facing the biggest challenges. Scientists point to the links between climate change and conflicts and migration. The only way forward is therefore increased global cooperation, between countries with responsibility and capacity to support poor and vulnerable countries.

Addressing the main causes of climate change is one of the biggest challenges of the Sustainable Development Goals. It will require addressing issues of climate policy in all levels, from the SDGs and Climate Agreement from Paris, France 2015 to the local and community level. The United Nation’s High Level Political Forum, which is reviewing the SDGs in their first year of implementation has an opportunity to highlight the urgent need to ensure that all future development interventions consider environmental and climate impacts and lower dependency on carbon-based resources. 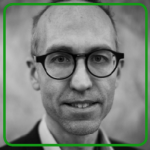